Someday, the consistent growth in sales for AWS and Microsoft Azure will have to stop.

Microsoft doesn't specify Azure's revenues, but the company did say the Intelligent Cloud division, which includes Azure, reported sales of $6.9 billion, up 14% year-over-year. 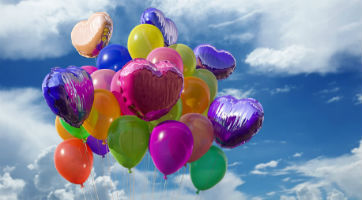 Ever since Amazon.com Inc. (Nasdaq: AMZN) started breaking out AWS revenues, it's been clear that the cloud is carrying the company's profitability. That was evident this past quarter as well. Amazon's total operating income was $347 million, while AWS's operating income came in at $1.17 billion.

mhhfive 10/30/2017 | 12:13:48 PM
How many clouds can the market support? Google's cloud is catching on, and there are also players like Oracle and IBM trying to grab marketshare, too. If there aren't any significant (service provider imposed) barriers to migrating, customers might be able to operate on multiple clouds simultaneously or sequentially.
Reply | Post Message | MESSAGES LIST | START A BOARD

Phil_Britt 10/28/2017 | 8:27:28 AM
Growth for Some Time While you're right that at some point the growth has to drop off, with the evolution of IoT and the flood of data that will come from these devices, the drop off won't occur for quite some time.
Reply | Post Message | MESSAGES LIST | START A BOARD
EDUCATIONAL RESOURCES