VMware's partnership with Amazon, and its other announcements last week, shift VMware's focus from the on-premises enterprise data center to the cloud.

Even as recently as a year ago, VMware seemed like a data center virtualization company with an additional cloud business. Now, VMware's focus is the cloud (and mobility), providing services to enterprises looking to unite on-premises infrastructure with multiple public clouds, built on a foundation of VMware's data center virtualization software.

VMware's multi-cloud strategy is based on giving enterprises the ability to run virtualized workloads that extend from their own data centers to public or private clouds from any of 4,500 cloud providers in the VMware Cloud Partner Program.

Normally, brand changes are completely uninteresting, however this one is worth noting because the old brand was confusing, whereas the name "VMware Cloud Partner Program" says exactly what it is. (Kind of like a site about enterprise cloud news called "Enterprise Cloud News.") 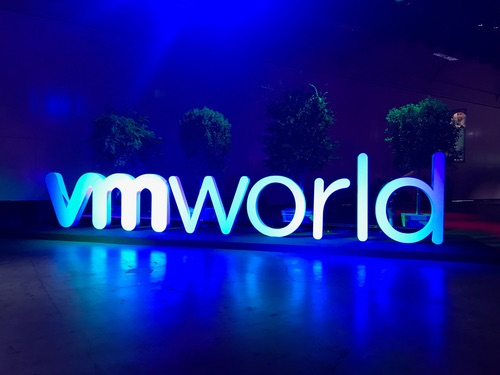 Companies in the partner program include IBM, which was a marquee partnership with VMware launched in late August 2016. (See VMware Seeks Cloud Dominance by Building Bridges.)

AWS and the clouds in the VMWare Cloud Partner Program (including IBM) run a stack comprising vSphere for compute, NSX for network and vSAN storage virtualization. The stack is called VMware Cloud Foundation, announced a year ago at the same time as the IBM partnership.

VMware is part of a trend of enterprise infrastructure providers making the transition to public cloud and vice versa -- public cloud providers looking to extend their infrastructure into the enterprise. Cisco recently extended its software-defined networking (SDN) architecture, called Application Centric Infrastructure (AACI), to AWS, so network operators can use the same tools to manage their on-premises hardware networks and AWS virtual networks. And Microsoft is shipping Azure cloud software on a hardware appliance, Azure Stack, to run on premises. (See 'Hey! You Got Public Cloud on My Premises!'.)