Cloud Constellation has pocketed a $100 million funding round for its plan to build a secure data cloud based on a network of satellites in low Earth orbit (LEO).

Cloud Constellation's SpaceBelt Data Security as a Service has been slow getting off the ground -- literally -- but $100 million is a big endorsement of the technology and business models. 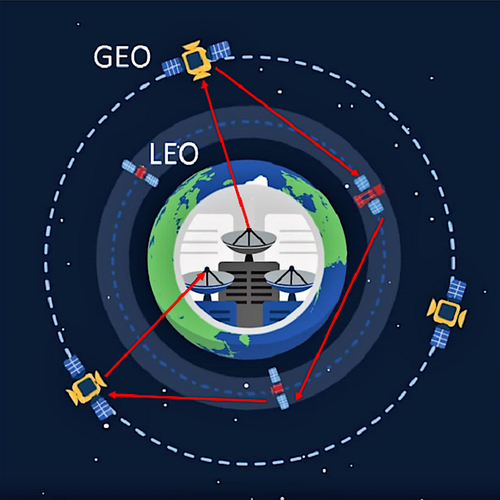 Cloud Constellation explains how it all works in this video:

Cloud Constellation cuts through regulatory red tape by working with conventional geosynchronous satellite operators such as Intelsat Ltd. , SES S.A. (Paris: SESG) and Arabat. "We don't have to file for regulatory approval in all of the countries," Beek said. "That's now trivial matter for any operator."

Applications for the service include government, military, finance, healthcare -- the usual list of enterprises requiring a high degree of security, Beek said.

We first talked with Cloud Constellation two years ago. At that time, they planned to go online in 2019. (See SpaceBelt Secures Cloud With Space Lasers.)

Cloud Constellation initially planned a network of 12 satellites, but has scaled that number down to eight upon determining that the smaller number of heavier satellites would be more effective, Beek said.