Cisco added another pillar to its multicloud strategy this week by teaming up with Amazon Web Services to allow enterprises to run Kubernetes applications that migrate freely between private clouds and the AWS public cloud.

"Hybrid is the new reality," Kip Compton, Cisco senior vice president, cloud platform and solutions, tells Light Reading. Most enterprises are going to use multiple clouds, with assets on premises that will stay privately run, either because they're difficult to move or because they have to stay out of public clouds for regulatory reasons.

Containers provide portability between applications on premises and in the public cloud, but they can be hard to use. That's where Cisco's partnership with AWS looks to provide a solution, Compton says. 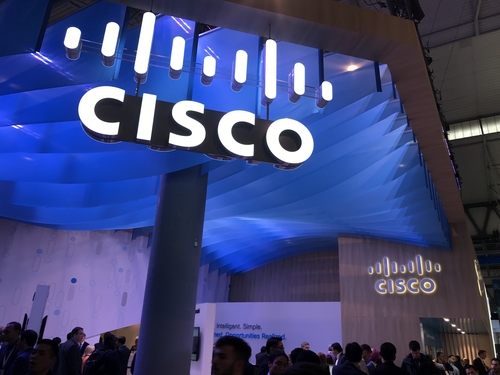 "We believe it's important to integrate with the native capabilities in each cloud, such as Amazon EKS. Each cloud is different," Compton says. Cisco's customers "don't want a lowest common denominator approach -- they want a native solution in each cloud." Cisco and its cloud partners provide that, along with common tools and capabilities -- provided by Cisco -- across all the cloud platforms.

The Cisco-AWS service brings security and management for enterprises using Kubernetes and containers with Cisco and AWS, says IDC analyst Stephen Eliot. "It's a nice, complementary fit. They have only scratched the surface for where the partnership can go."

For Cisco, the deal is "another step in supporting multiple clouds," Elliot says. Cisco is extending its own hardware, software and SaaS services into the container and software-defined worlds.

Like Cisco, other legacy enterprise infrastructure vendors are using partnerships with hypercloud providers to extend into the public cloud. And the public cloud providers are using those partnerships to get their feet in the doors of enterprise data centers. So everybody's scrambling to partner with everybody else. VMware Inc. (NYSE: VMW), for example, has partnerships with AWS and IBM. (See VMware Slashes Costs for vSphere on AWS, IBM, VMware Double Down on Cloud Partnership and VMware Wants You  Yes, You!  as a Cloud Provider.)

Kubernetes is at the foundation of these hybrid cloud/multicloud platforms. Cisco, Dell, IBM, Red Hat, Google, Microsoft and AWS are all loud and proud Kubernetes supporters. Red Hat's OpenShift Kubernetes platform is a significant reason for IBM's $34 billion deal to buy the company, announced last month, and VMware announced a deal this week to buy a small startup, Heptio, which provides Kubernetes technology and professional services to enterprises. (See How Red Hat Could Give IBM's Telco Strategy a New Lease of Life , IBM-Red Hat: A Crazy Plan That Might Work and VMware Swings to Kubernetes.)

The Cisco-AWS deal has a couple of factors distinguishing it from the blizzard of other partnerships and Kubernetes developments.

"Cisco is talking the public cloud on-prem by integrating the two environments," Zeus Kerravala, founder and principal at ZK Research. That contrasts with VMware's approach, of running VMWare vSphere on AWS. "VMware exports the private cloud stack to AWS," while Cisco and AWS do the opposite, the analyst says.

"So the main difference is Cisco is actually integrating the two environments, instead of trying to extend public to private," as Microsoft does with its Azure Stack, "or private to public," as VMware does by extending to AWS, Kerravala says.