After several years of co-developing hyperconverged infrastructure, software and other data center products together, Cisco is planning to acquire SpringPath for $320 million in cash.

The two companies announced the agreement on Monday, and the deal is expected to close at the end of Cisco's first financial quarter of 2018.

Based in Sunnyvale, Calif., software-maker SpringPath has created a distributed file system designed for hyperconverged infrastructure that helps create a server-based storage system. Founded in 2012, the company had about $34 million in venture funding, according to CrunchBase.

Cisco and SpringPath have had a working relationship since 2015, when Cisco also made investments in the company. With SpringPath's help, Cisco developed HyperFlex in 2016, which is the networking company's hyperconverged offering for enterprise data centers. Cisco released the 2.0 version of HyperFlex in February, and boasts of about 1,800 customers. 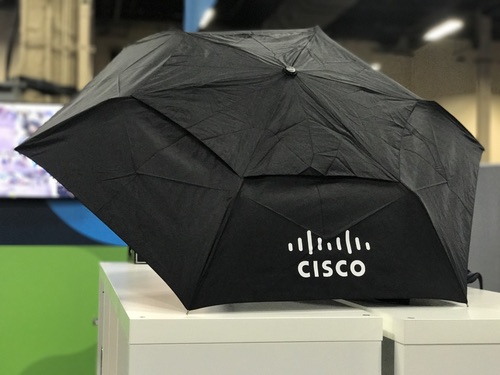 "The acquisition of Springpath is strategic to our data center portfolio as we transition to delivering software-centric solutions to our customers," Liz Centoni, Cisco's senior vice president and general manager of the company's Computing Systems Product Group, wrote in a blog post.

Hyperconverged combines the storage, compute and virtualization into a single fabric of servers. The technology is popular among enterprises that are looking to build-out a hybrid cloud platform that moves some applications and workloads to the public cloud, but keeps others on-premises.

Cisco, along with Dell EMC and Hewlett Packard Enterprise (HPE), is considered a leader in the cloud infrastructure market, according to an industry survey released earlier this year. (See Cisco Gains, Dell & HPE Lose on Cloud Infrastructure - Analyst.)

In addition, other vendors such as NetApp and Lenovo are also moving into this market as enterprises are looking to move more workloads into the cloud, but still want to keep some core applications within the on-premises data center. (See Lenovo Doubles Down on Hyperconverged With Microsoft's Help .)

The Cisco announcement comes a few days after the company released its fourth financial quarter and year-end financial results, which were generally in line with Wall Street expectations but missed on revenue for the seventh consecutive quarter. (See Cisco Revenue Decline Continues Into Q4.)

One of the biggest drags on Cisco's bottom line is its data center portfolio, which has slipped as more and more enterprises move to the cloud. The company has embarked on an ambitious agenda to move more of its offerings to a cloud-service model, and expand into areas such as security, analytics and the Internet of Things.

Cisco also is placing a big bet on its "network intuitive" plans and CEO Chuck Robbins said during the quarter earnings call that about 200 customers have already expressed interest in the technology. (See Cisco Declares a New Era of Intent-Based Networking.)

While Cisco's revenues might be slowing, the company continues to push out new products and services. In addition to the SpringPath acquisition on August 21, the company added two new products:

In its announcement, Cisco noted that the SpringPath team will join the company's Computing Systems Product Group.

Scott_Ferguson 8/22/2017 | 6:56:41 AM
Re: umbrella All the credit belongs to Mari Silbey, my Light Reading colleague, who suggested we needed a caption.
Reply | Post Message | MESSAGES LIST | START A BOARD

Ariella 8/21/2017 | 3:36:54 PM
umbrella I love how you matched the image and caption with the subject. Speaking of that, it would be cool to have an Enterprise Cloud News umbrella to use on the days when clouds bring rain.
Reply | Post Message | MESSAGES LIST | START A BOARD
EDUCATIONAL RESOURCES