Amazon Web Service is the fastest-growing part of Amazon's business with sales climbing 42% year-over-year, signifying the cloud is increasing in importance for the company as its overall net income slowed in the second quarter.

Growth in North America was the second biggest sales driver behind AWS, at 28%, with traditional and consolidated sales growing more slowly. However, North America still accounted for more than half of AWS's net sales, or 58%, while AWS accounted for just 10% of Amazon's overall sales.

And AWS is actually growing slower than it was a year ago, when it saw 58% year-over-year growth.

Amazon has been growing engineering and sales for both its AWS cloud business and advertising, which increased cost. Amazon has also seen a 71% increase in assets acquired under capital leases, mostly for the AWS business. 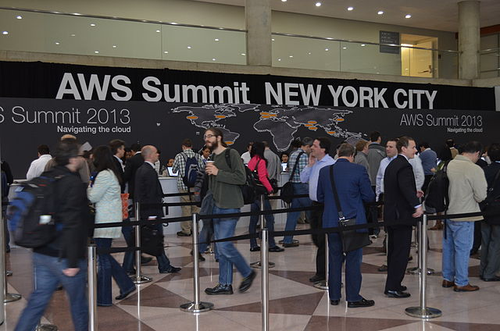 AWS is the far-and-away leader in public cloud market share. Although Microsoft, Google, IBM, Alibaba and Oracle all grew much faster than Amazon in the first quarter, AWS still controls 33% of the public cloud market, bigger than all those other players combined, according to a report from Synergy Research Group. (See AWS Public Cloud Dominance Continues – Report.)

Overall, Amazon reported second-quarter sales of $38 billion on Thursday, up 25% year-over-year. However, net income was down significantly -- $197 million, or $0.40 per diluted share, compared with the year-ago quarter net income of $857 million, or $1.78 per share. Amazon attributed the decline to increased internal investments in infrastructure and hiring.

Amazon's earnings missed estimates, as analysts surveyed by Bloomberg expected $1.42 per share on revenue of $37.2 billion. Amazon traded at $1,014 after hours, down 3.06%.

kq4ym 8/14/2017 | 6:10:04 PM
Re: Part of the evolution I have three Kindles but only use regularly my latest which is the bargain $49 model. I still hang on to the other two and use one for reading and the other for music playing with it's better stereo speakers. But Amazon surely is making some good pocket change with the cloud as noted "with sales climbing 42% year-over-year," they can't complain, even if Bezos is now #2 wealthiest.
Reply | Post Message | MESSAGES LIST | START A BOARD

Michelle 8/5/2017 | 2:13:06 PM
Re: Part of the evolution @Maryam I've wondered what happens to older Kindles. Do you end up recycling or giving away to family members?
Reply | Post Message | MESSAGES LIST | START A BOARD

[email protected] 8/2/2017 | 11:36:51 PM
Re: Part of the evolution Their new echo show is already a big departure from the original echo. I think the next iteration will be even more robust.I usually plan on replacing my Kindle every two years because the upgrades are significant enough to make it worth my cost outlay.
Reply | Post Message | MESSAGES LIST | START A BOARD

Michelle 7/31/2017 | 8:05:00 PM
Re: Part of the evolution @maryam that's a very interesting perspective!! I hadn't thought of the potential evolution of Alexa (as with the Kindle). User experience matters and changes over time as companies learn what works best.
Reply | Post Message | MESSAGES LIST | START A BOARD

[email protected] 7/31/2017 | 8:01:19 PM
Re: Part of the evolution Michelle I owned the first gen Kindle is a completely different experience now.I expect Alexa will be leaps and bounds better in the next 23 years. Right now though it gets the job done nicely they are adding new skills and it's working quite well.
Reply | Post Message | MESSAGES LIST | START A BOARD

JohnMason 7/31/2017 | 4:43:06 PM
Re: Part of the evolution Alexa is a good example of cloud-power, although I have been getting better results from "Ok Google," at least for my applications (I use "Ok Google" to look up terms and concepts I am not familiar with, and it is very quick and accurate so far).
Reply | Post Message | MESSAGES LIST | START A BOARD

[email protected] 7/31/2017 | 2:46:43 PM
Re: Part of the evolution Mitch absolutely sometimes repositioning puts the company in a better place for long term success. It's those that hold on until the bitter end and don't retool and reinvest that tend to die.
Reply | Post Message | MESSAGES LIST | START A BOARD
Page 1 / 2   >   >>
EDUCATIONAL RESOURCES