Amazon Selling Part of Its China Cloud Business for $300M

Amazon is selling off a portion of its cloud computing business in China to a local partner, but the company still plans to compete in what is a growing market for cloud-based services and infrastructure.

On Tuesday, Beijing Sinnet Technology announced that it would buy a portion of Amazon's cloud business for $2 billion yuan or about $301 million, according to CNBC, which cited a regulatory filing from China.

The two companies signed a partnership in August 2016, where Sinnet operates and provides Amazon's cloud technology and related services to customers in and around Beijing. However, according to the November 14 report, Sinnet and Amazon.com Inc. (Nasdaq: AMZN) agreed to the sale to help meet regulations in China regrading foreign-owned businesses. 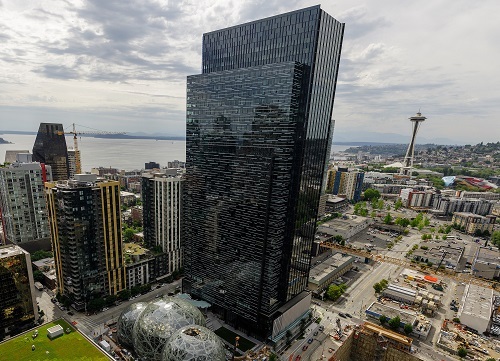 Despite Amazon selling off part of its China business, it's doubtful the company is planning to stop the expansion of Amazon Web Services Inc. overseas. An Amazon spokesman noted in an email to Enterprise Cloud News:

AWS did not sell its business in China and remains fully committed to ensuring Chinese customers continue to receive AWS's industry leading cloud services. Chinese law forbids non-Chinese companies from owning or operating certain technology for the provision of cloud services. As a result, in order to comply with Chinese law, AWS sold certain physical infrastructure assets to Sinnet, its longtime Chinese partner and AWS seller-of-record for its AWS China (Beijing) Region. AWS continues to own the intellectual property for AWS Services worldwide. ‎We're excited about the significant business we have in China and its growth potential over the next number of years.

However, most of the AWS business is in the US, as well as parts of Europe. In order to keep expanding, the company has to move into other markets, and China is an exceptionally tempting target considering the country's economic scale and recent growth.

There is one issue: Alibaba Group .

The e-commerce company's cloud division -- Alibaba Cloud -- is already considered the top source of IaaS technology in China, and now that company is looking to expand beyond its borders as well, especially in southeast Asia and parts of India. (See Alibaba Cloud Is Surprise Winner in IaaS Sweepstakes.)

This is likely to put AWS and Alibaba Cloud on a collision course over the next few years, as more and more companies turn their infrastructure over to cloud service providers, making the China market even more important especially as the US and Western European markets mature. When one adds in additional competition from Microsoft Corp. (Nasdaq: MSFT), as well as others such as Google (Nasdaq: GOOG), IBM Corp. (NYSE: IBM) and Oracle Corp. (Nasdaq: ORCL), it's clear that Amazon is likely to keep its footprint in Chinas for as long as possible.

Joe Stanganelli 11/19/2017 | 5:46:01 PM
Re: Barriers to switching clouds @mhh: You stick with the devil you know. Why screw around switching if you're already at least reasonably contented (or, really at least, not unreasonably discontented) with the provider you have?
Reply | Post Message | MESSAGES LIST | START A BOARD

Joe Stanganelli 11/19/2017 | 5:45:04 PM
APAC vs. NA Moreover, censorship issues/risks aside, the APAC market has increasingly been adopting GDPR-like laws/regulations. The North American market, meanwhile, continues to be freewheeling and have a trust problem. This could spell further global trouble for AMZN down the line.
Reply | Post Message | MESSAGES LIST | START A BOARD