The annual run rate topped $20 billion in the fourth quarter, up from $18 billion sequentially. 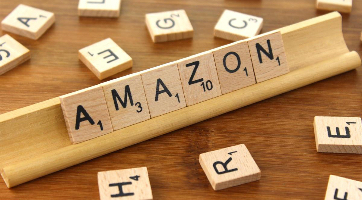 AWS's growth rate accelerated for the first time since the second quarter of 2015, 45% for 4Q 2017 up from 41.9% year-over-year growth the previous quarter, according to Quartz.

AWS represents about 8.5% of overall Amazon revenue, up from under 5% in the fourth quarter of 2014. And AWS comprised almost 60% of Amazon's overall operating income, says CNBC.

CEO Jeff Bezos singled out Alexa in Amazon's earnings press release. "Our 2017 projections for Alexa were very optimistic, and we far exceeded them. We don't see positive surprises of this magnitude very often -- expect us to double down," Bezos said. "We've reached an important point where other companies and developers are accelerating adoption of Alexa. There are now over 30,000 skills from outside developers, customers can control more than 4,000 smart home devices from 1,200 unique brands with Alexa, and we're seeing strong response to our new far-field voice kit for manufacturers." But Amazon did not provide specifics on Alexa revenue or numbers of devices sold.

mhhfive 2/8/2018 | 12:26:04 PM
Re: Alexa vs Siri... I tried an ad-filled Amazon fire tablet -- and it's not too annoying with ads. I wonder though if Amazon has made up for the hardware discount with the ads. If it's really lucrative for Amazon-- maybe we'll see much cheaper devices subsidized by ads.
Reply | Post Message | MESSAGES LIST | START A BOARD

mhhfive 2/8/2018 | 12:26:03 PM
Re: Alexa vs Siri... I tried an ad-filled Amazon fire tablet -- and it's not too annoying with ads. I wonder though if Amazon has made up for the hardware discount with the ads. If it's really lucrative for Amazon-- maybe we'll see much cheaper devices subsidized by ads.
Reply | Post Message | MESSAGES LIST | START A BOARD

kq4ym 2/7/2018 | 8:37:02 AM
Re: Alexa vs Siri... It does certainly seem that Amazon is making all it's products and Alexa of course, into selling machines. I'm not sure how successul that may be as customers learn to ignore the sales pitches over time, but for now it's certainly bringing notice to Amazon and it's other services.
Reply | Post Message | MESSAGES LIST | START A BOARD

mhhfive 2/2/2018 | 1:34:47 AM
Alexa vs Siri... I really wonder how Alexa and Siri compare on the backend. Siri seems to have a completely different focus than Alexa -- ie. Siri doesn't try to sell you anything or make it easier for users to buy stuff. I wonder how long that will remain the case -- or if Siri will develop a different niche in the AI assistant realm.

Ultimately, I wonder how much machine learning Apple has internally to make Siri truly smarter than other voice assistants....
Reply | Post Message | MESSAGES LIST | START A BOARD
EDUCATIONAL RESOURCES