Alphabet Splashes $7.7B on Capex Spree

Google's parent company, Alphabet, smashed its piggy-bank to spend $7.7 billion on capital investments in the first quarter of 2018, up from $2.4 billion year-over-year. Much of that investment is going to Google data centers, and the parent company is also investing in R&D and engineering personnel, sales and marketing and more to drive future growth.

Alphabet Inc. reported $31.1 billion revenues for the first quarter 2018 ending March 31, up 26% year-over-year, in results announced Tuesday. Operating income was $7 billion, with diluted earnings per share of $9.93 adjusted. (See Google Assesses Its Strengths in Its $1B Per Quarter Cloud Business.)

Thill added, "2018 sounds like an investment year, given the company is taking on multiple challenges." These include catching up with Amazon.com Inc. (Nasdaq: AMZN) in both the home and the cloud, and "driving multiple large businesses forward," including YouTube, hardware, and Alphabet's Waymo self-driving car business. These investments "will ultimately help fuel sustained revenue growth and improved competitive positioning longer-term." 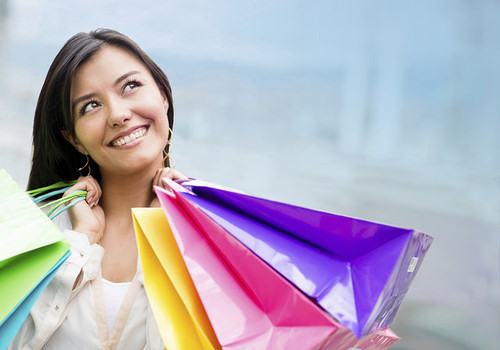 Google is happy with its shopping expedition. Photo: Ⓒ Andres Rodriguez / Dreamstime (CC BY 2.0)
Boost your knowledge of cloud-native software and innovations driving data center transformations! Join us in Austin at the fifth-annual Big Communications Event May 14-16. The event is free for communications service providers -- secure your seat today!

The majority of Alphabet's capex spending was "investments in facilities, production equipment and data center construction," Alphabet CFO Ruth Porat said on the company's earnings call with analysts Tuesday. "Facilities was the largest component of capex of this quarter due primarily to the $2.4 billion purchase of Chelsea Market that we announced in March," she said. (See Reuters: Google closes $2.4 billion Chelsea Market deal to expand New York campus.)

Capex was "almost evenly split this quarter between compute capacity and facilities," Porat said. On compute capacity, "the largest component" of capex spending "is for machines that incorporate the latest technologies." These include newer CPUs, memory and networking.

She added, "We are also investing in data center growth and increased network capacity through undersea cables. These combined investments will expand our compute capacity to support our growth outlook across Google, including machine learning, the Assistant and cloud." (See Google Launches 3 Submarine Cables.)

Capex investment will continue; it's not a "one-off" for the quarter, Porat said.

On cloud, Google is in the unusual position of being a challenger, rather than the incumbent. It is the fourth-largest cloud provider, lagging far behind Amazon -- which has such a strong lead that its revenue is larger than the next four competitors combined, including Google. Also beating Google are Microsoft and IBM, according to a report from Jefferies. (See Google & Alibaba Cloud Gaining Fast in Public Cloud  but AWS Still Rules.)

"In Q1, we saw increasing momentum," Pichai said. "We are growing across the board and are also signing significantly larger, more strategic deals for cloud."

In addition to the new cables, Google announced new regions for its cloud platform in Canada, Japan, Netherlands and Saudi Arabia, bringing the total of recently launched and upcoming regions to 20, Pichai said.

In addition to capex, Alphabet is also directing opex spending to future growth.

"Operating expenses [for Alphabet] were $10.7 billion, up 27% year-over-year, with the biggest increase in R&D expenses reflecting our continued investment in technical talent," Porat said. "The growth in sales and marketing expenses reflects advertising investments in cloud and hardware as well as [Google] Assistant."

Moreover, the company added 4,940 people to the payroll in Q1, bringing total headcount to 85,050, including just over 2,000 who joined when Alphabet closed its acquisition of HTC. Most new hires were engineers and product managers, Porat said. (See Google Buys HTC's Pixel Team for $1.1B.)