Trump Bashes Bezos's Baby, but US Government Is a 'Yooge' Amazon Customer

Even as President Trump fires off a fusillade of tweets against Amazon, the US government is relying heavily on the Amazon cloud for services.

Amazon Web Services Inc. has won much of the business to help the government shift to the cloud, notes a report in the Wall Street Journal, which spells out numerous ties connecting Amazon with Washington D.C.

GBH Insights predicts Amazon's government business will grow to $2.8 billion in 2018 and $4.6 billion next year, up from less than $300 million in 2015, the Journal notes. And Amazon is seeking a ten-year contract with the Department of Defense that could be worth $10 billion.

Trump has yet to focus specifically on Amazon's cloud business, but competitor Oracle Corp. (Nasdaq: ORCL) is connecting the dots. In a dinner with Trump on Tuesday at the White House, Oracle co-CEO Safra Catz complained that the Pentagon process gives Amazon an advantage, according to a Bloomberg report. 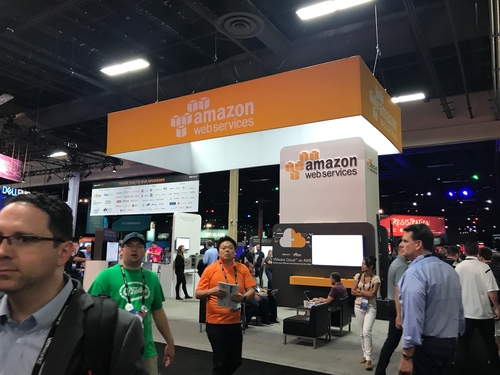 Trump claims that the US Post Office subsidizes Amazon business -- a claim disputed by others -- and that Amazon fails to pay its fair share of taxes.

Thursday morning, Trump tweeted attacks on The Washington Post, which is owned by Amazon CEO Jeff Bezos, claiming the Post is Amazon's "chief lobbyist" and prints falsehoods against Trump policies.

Phil_Britt 4/17/2018 | 1:05:55 PM
Re: Wonderin Don't think government will go that route -- yet. Likely somewhat difficult to migrate that much business to a new provider. But you never know, after all, the government seems to let all mergers go through --- except AT&T/Time Warner.
Reply | Post Message | MESSAGES LIST | START A BOARD

kq4ym 4/17/2018 | 12:54:18 PM
Re: Wonderin It will be interesting to see if the White House makes note of the Amazaon cloud contracts and tries to limit future spending there. There's certainly a huge growth as noted that the  "government business will grow to $2.8 billion in 2018 and $4.6 billion next year, up from less than $300 million in 2015," and how that might be herded to certain companies and not others might be something to watch for.
Reply | Post Message | MESSAGES LIST | START A BOARD

mendyk 4/6/2018 | 9:50:14 AM
Re: COMMON SENSE Consultants are human money pits, which maybe makes them ideal for federal contracts. Just kidding, of course. Maybe our government should move into the current century and build its own IT organization.
Reply | Post Message | MESSAGES LIST | START A BOARD

Phil_Britt 4/5/2018 | 9:39:59 PM
Re: Wonderin The complaints about Amazon will continue as long as Bezos continues to own The Washington Post. That's what the complaints are truly about.
Reply | Post Message | MESSAGES LIST | START A BOARD

rgrutza600 4/5/2018 | 5:42:10 PM
COMMON SENSE Would dictate spreading these contracts over mutliple suppliers.  I'd hire firms with consulting, so you could farm out the IT part too.
Reply | Post Message | MESSAGES LIST | START A BOARD

mendyk 4/5/2018 | 2:49:48 PM
Wonderin Do we know what the basis is of Oracle's complaint about Amazon's unfair bidding advantage? Also, mindless political theater aside, the idea of DoD using AWS does raise some questions.
Reply | Post Message | MESSAGES LIST | START A BOARD
EDUCATIONAL RESOURCES