Two different companies are making plans for peer-to-peer cloud platforms, funded and enabled by blockchain, that stand out for their ambition even in Silicon Valley, where every startup inventor dreams of being a billionaire.

The companies, Filecoin and Cloudwith.me, are both raising money using a funding mechanism based on blockchain, to build cloud infrastructures enabled by blockchain.

One company, Filecoin, plans a storage cloud distributed over many computers around the world, with people trading spare gigabytes on their laptops and server farms for cryptographic "tokens" managed by blockchain. Filecoin also plans to use tokens to raise money to build its platform, in a form of funding called an "Initial Coin Offering," scheduled for Thursday. 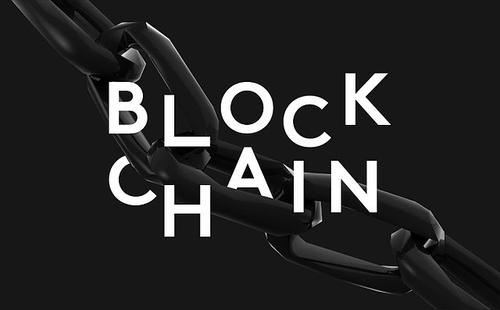 By Davidstankiewicz (Own work) [CC BY-SA 4.0], via Wikimedia Commons

Another company, Cloudwith.me, based in Dublin, Ireland, plans a peer-to-peer cloud providing both distributed compute and storage. Like Filecoin, Cloudwith.me also plans to pay people who provide infrastructure in blockchain tokens, and plans to raise money with an ICO, scheduled for August 25.

Coins purchased for either network will be redeemable for capacity on their respective networks, when those networks are up and running. Coins can also be sold and traded by investors looking to make a profit.

Filecoin has already raised $52 million in advance sales to select early investors, according to the Wall Street Journal. Participating investors include Winklevoss Capital, Digital Currency group, and Y Combinator's Sam Altman. The company has already put off its sale twice due to changed investment terms. The sale had initially been July 27, then Monday, and then was postponed over the weekend.

Filecoin is both the name of the organization building the cloud platform, and the name of the digital token that will be the cloud's exchange unit. People providing storage, called "miners," will receive Filecoin in exchange for allowing their storage to be used by customers, called "clients." "This creates a powerful incentive for miners to amass as much storage as they can and rent it out to clients," according to a white paper on Filecoin's website

Blockchain, the software underlying the digital tokens, is a form of distributed database or ledger, which advocates say is ideal for tracking ownership of digital or physical objects -- in this case, the tokens traded for access to the Filecoin cloud network. Blockchain is the underlying technology enabling bitcoin, managing transactions between bitcoin owners.

A video produced by Filecoin compares its service to an Airbnb for unused storage, and says the company wants to "redecentralize" the Internet, to eliminate single points of failure.

We requested an interview with Filecoin on Monday, and have arranged to talk with them later this week.

We were able to speak with the other company, Cloudwith.me, which has an ambitious plan to raise $300 million, Asaf Zamir, Cloudwith.me CTO and co-founder, said in an interview with Enterprise Cloud News.

Phil_Britt 8/9/2017 | 7:38:19 PM
Re: Ambitious In addition to the issues you mentioned, blockchain moves back and forth between being a darling of investors and technologists, being a fad, and being too risky to touch.
Reply | Post Message | MESSAGES LIST | START A BOARD

danielcawrey 8/8/2017 | 3:11:29 PM
Ambitious These are ambitious and expansive ideas. No one really knows if they will work. And it's questionable to think enterprises would want the security issues that might come from decentralized storage.
Reply | Post Message | MESSAGES LIST | START A BOARD
EDUCATIONAL RESOURCES