Programmer Secretly Automates Most of His Own Job  Is That Wrong?

A programmer shares an interesting ethical dilemma: He says he's written scripts so that he can get his entire full-time job done in a couple of hours, leaving himself plenty of free time. He hasn't told his employers. He wants to know: Is that wrong?

"I currently work on a legacy system for a company. The system is really old -- and although I was hired as a programmer, my job is pretty much glorified data entry," writes the programmer on the StackExchange forum.

The programmer's job: He gets requirements from users in spreadsheets, and "basically just" writes "a whole bunch of SQL scripts" to "configure the system to make it work." 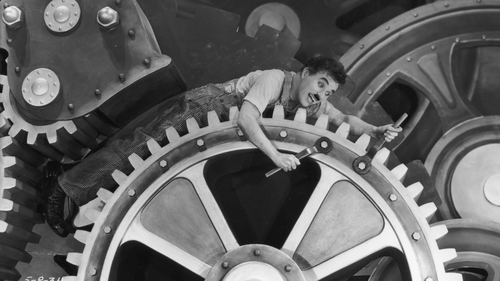 "As you can guess, it is pretty much the most boring job ever," the programmer says. "However, it's a full time job with decent pay, and I work remotely so I can stay home with my son."

The programmer says he's been on the job 18 months and has written a program that does nearly the whole thing for him. He writes:

Now the problem is, do I tell [my employers]? If I tell them, they will probably just take the program and get rid of me. This isn't like a company with tons of IT work -- they have a legacy system where they keep all their customer data since forever, and they just need someone to maintain it. At the same time, it doesn't feel like I'm doing the right thing. I mean, right now, once I get the specs, I run it through my program -- then every week or so, I tell them I've completed some part of it and get them to test it. I even insert a few bugs here and there to make it look like it's been generated by a human.

The programmer says he spends about one to two hours per week on a job for which he's getting a full-time wage.

I really enjoy the free time but would it be unethical to continue with this arrangement without mentioning anything? It's not like I'm cheating the company. The company has never indicated they're dissatisfied with my performance and in fact, are getting exactly what they want from employing me.

People responding focused on the deception -- intentionally producing errors to cover up what the programmer was doing. "You don't sell time! You sell results! But producing sub-par results to conceal the amount of time you actually work is unethical!" writes one person.

* Every week or so you lie about what you completed

Another responds with advice on how the original person can escape from the quandary: Send an email to the boss presenting the automation as something they started working on "recently" that's still incomplete, and that saves a lot of time -- none of which is technically untrue. Ask how to proceed. "... I don't want to work myself out of a job hah hah! ... What do you think of all this?"

People responding to the question on Hacker News take a different tack: "This question is a beautiful example of typical incentives workers feel and how screwed up they are," says one. Common wisdom is that an employee who gets their job done in less time should be given more responsibility, but seldom more pay, he notes. "Butt-in-the-chair hours are super important culturally and it's been that way for a while. Incentives are screwed up enough we're getting questions like this." He adds, "If you've ever thought 'I'm done for the day, but I'm going to hang out a little longer to leave at a more respectable time,' then you're feeling (and doing) the same kind of thing."

Another person describes a student job manually generating HTML pages for an online furnishing shop. The employer wanted to pay by the hour, but this person negotiated paying by the page. This person automated the job, and was surprised that the employer was annoyed the job had been automated, "even though they got the same result for the same money [previously agreed to]," adding, "I learned something that day, though I'm not sure what."

Another person responds, "You learned that people value effort over results," adding, "When that company hired you to work for them, a subtext of that arrangement is that you were both going to go on a quest together. I believe this to be a deeply embedded bias in human thinking, and that it explains part of why they were miffed."

What do you think? Is it wrong for a programmer to automate her job and not tell her boss?

Phil_Britt 7/17/2017 | 11:33:10 AM
Re: Management problem You are right....it's not much different than having and using a laptop when the competitor had a typewriter (had that situation a couple of decades ago, I was the typewriter guy). Believe me, corporate would do it if it could figure out how first. If the "line guy" figures it out first, he should be able to benefit -- as soon as corporate figures out how to eliminate his (or her) position, the person will be gone anyway.
Reply | Post Message | MESSAGES LIST | START A BOARD

kq4ym 7/11/2017 | 12:03:13 PM
Re: Management problem It does seem to me as one noted that "producing sub-par results to conceal the amount of time you actually work is unethical." And maybe that's all that's wrong with this picture. It does remind me though of the stories of star commission sales people who find ways to exceed company sales goals, and then the company reduces their commission schedule accordingly. How to be fair to employees and still run an efficient business is not always easy to acheive.
Reply | Post Message | MESSAGES LIST | START A BOARD

mhhfive 7/7/2017 | 8:32:25 PM
Re: Management problem You reminded me of that guy who outsourced his job for cheaper-- and that's almost the same situation. And I think the guy was fired if I remember correctly. However, outsourcing a job might entail breaking confidentiality agreements. Automating your job doesn't risk exposing corporate secrets at least....
Reply | Post Message | MESSAGES LIST | START A BOARD

mhhfive 7/7/2017 | 8:14:52 PM
Re: Management problem I don't think there is any obligation to tell his boss what he's been doing. I don't think too many managers would say it's an "ethical" dilemma to decide whether or not to tell employees that their jobs are being eliminated through automation. It's business. Some things are on a need to know basis. And it works both ways. Employees aren't obligated to tell their employer when they're looking for another job. I don't quite see how this situation is that different.
Reply | Post Message | MESSAGES LIST | START A BOARD

mhhfive 7/7/2017 | 8:08:48 PM
Re: No harm no foul... The career possibilities are a completely separate issue -- that depend on what else the guy is doing in his "free" time he's created for himself. He could be treading water or he could be working another job. I wonder how people would react if he said he did this serially. If he can keep finding jobs like this he could potentially hold down a dozen or so "full time" jobs at the same time.
Reply | Post Message | MESSAGES LIST | START A BOARD

Mitch Wagner 7/7/2017 | 2:14:32 PM
Re: Management problem My sense is that the programmer is feeling the sting of conscience and wants reassurance that what he is doing is ok.

I think the guy who suggested writing to management and fudging details is making the right suggestion. The programmer should tell his bosses what he's been doing -- not not say how LONG he's been doing it, or how much time he's saved. Just that he's been working on this little side project for a while -- how long? Oh, not all that long -- and it saves significant time -- how much time? A significant amount.
Reply | Post Message | MESSAGES LIST | START A BOARD

danielcawrey 7/6/2017 | 9:08:53 PM
Re: Management problem The whole purpose of hiring this guy is to wring out inefficiencies, which he has done. The problem seems to be up above. This reminds me of the guy who outsourced his job for way cheaper, with him taking the difference and doing whatever he wanted.

Technolo23486 7/6/2017 | 8:31:10 PM
Management problem The problem here is management, not the employee.  Though the employee is probably making some mistakes, I see a lot of immaturity in his/her responses.  And, there is a lot of missing information.  When I read the statement "If I tell them, they will probably just take the program and get rid of me"... should I take that as gospel?  Or, is that a judgement error.  Perhaps his employer is more open to ideas, or perhaps they really would get rid of the position.  I see this as a quandry that management, not the employee, has created.   While clearly the employee could have dealt with this better, I do not see it as the employees responsibility to overcome the fact that management has implemented poor policies and has people using spreadsheets and trial-and-error to do apparently important work.   If they really fear losing their job, they are going to make judgement errors.  That's  human nature.  The fact that the employee is even seeking advice tells me they know there is a problem, and they are conflicted.   Lots of people wouldn't even care.

First, the cornerstone of good engineering is automation.  I have been telling employees and co-workers that for nearly 40 years.  If management does not reinforce good practices, making sure that employees know "If you can make quality or efficiency improvements, let us know, because innovation gets rewarded here" then employees are left to guess at what management's motivations are.  Problems like this are those that face-to-face, regular employee reviews tend to solve.  Mangement needs to be concerned both that their employees are unimpeded in their work, and also be sure they understand the nature of the work they are paying for.  It really sounds like a case of passive, uninformed management "from a distance".

Such employee reviews and active participation can happen remotely as well, and can even be better.  New technologies like Slack (not so new really) allow employees who work remotely to have a "sense of presence".  You can even create water-cooler discussion activity.  But, again, to do so, requires thoughtful management, making it clear that employees can be open and transparent in Slack rooms.   When it works, it is as good as, or far better than, office cubicle environnments.  But, it takes good management to suck in their gut and realise that the biggest responsibility their employees have is to show up.  The rest is theirs.
Reply | Post Message | MESSAGES LIST | START A BOARD
Page 1 / 2   >   >>
EDUCATIONAL RESOURCES