Earlier this year, Oracle founder and current CTO Larry Ellison boldly declared that there were no other companies left to acquire.

That changed rather quickly on Sunday when Oracle Corp. (Nasdaq: ORCL) announced it would acquire Aconex, which makes cloud-based applications for the construction industry, for $7.80 a share, which equals out to $1.2 billion.

Oracle expects the deal to close in the first half of 2018, pending regulatory and shareholder approval.

Aconex, which is based in Australia and has 50 offices in 30 countries around the world, has created a series of cloud-based applications for the construction industry that help customers manage the project lifecycle, which includes insights into data, documents and costs. The company also offers collaboration tools and mobile applications specifically designed for the construction industry. 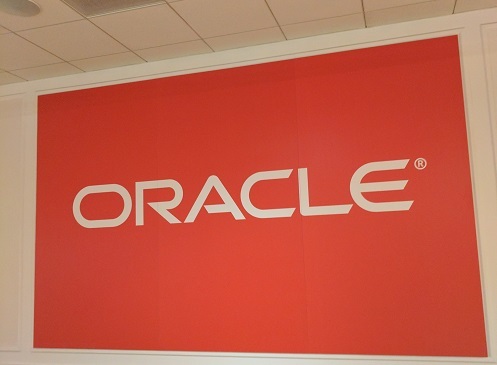 Founded in 2000, Aconex has been involved in about $1 trillion worth of construction projects.

Together, the two companies plan to offer end-to-end construction project management through the cloud that touches all aspects of these large-scale endeavors.

"Delivering projects on time and on budget are the highest strategic imperatives for any construction and engineering organization," Mike Sicilia, senior vice president and general manager of the Oracle's Construction and Engineering Global Business Unit, noted in the December 17 announcement. "With the addition of Aconex, we significantly advance our vision of offering the most comprehensive cloud-based project management solution for this $14 trillion industry."

Over the last several years, Oracle has sought to build up its cloud offerings as its customers move away from traditional, on-premises software and toward software-as-a-service (SaaS) and platform-as-a-service (PaaS). When the company announced its latest quarterly earnings this month, its cloud revenue increased 44% to $1.5 billion, although some Wall Street analysts were not impressed. (See Oracle Cloud Revenue Bursts 44%.)

In addition to PaaS and SaaS, Oracle is increasingly targeting public cloud infrastructure and has its sights set on Amazon Web Services Inc. , which is considered the leader there. During his time at Oracle Open World, Ellison took several shots at AWS. (See Oracle's Ellison: Amazon & SAP Use Our Database Because We're Better.)

Ariella 12/18/2017 | 9:55:11 AM
Aconex Intereresting acquistion. Does one have to specialize to win some share of the construction market then?
Reply | Post Message | MESSAGES LIST | START A BOARD

Scott_Ferguson 12/18/2017 | 10:21:21 AM
Re: Aconex @Ariella: The construction industry does have a lot of its own rules and terminology that it's a very highly specialized vertical within the enterprise. I know a lot of small companies specialize in construction, much like healthcare. I was actually surprised that Oracle has such a large part of its business dedicated to this.
Reply | Post Message | MESSAGES LIST | START A BOARD

Ariella 12/18/2017 | 10:25:22 AM
Re: Aconex @Scott I didn't know they were interested in that vertical in particular. I suppose they have done their own reserch that made them convinced it is worth pursuing now.
Reply | Post Message | MESSAGES LIST | START A BOARD

Susan Fourtané 12/22/2017 | 5:42:31 AM
There is always room for one more I am quite familiar with Oracles supply chain products but I didnt know about its dedicated Construction and Engineering Cloud. In fact, this information comes handy right now. There is always room for one more company under the hood. Perhaps even more aquisitions, if the opportunity presents itself?
Reply | Post Message | MESSAGES LIST | START A BOARD

kq4ym 12/26/2017 | 8:40:11 AM
Re: Aconex With what seems to be a construction boom happening globally this is probably an arena that will be highly profitable in for Oracle in years to come. Noting that possibilities of " end-to-end construction project management through the cloud that touches all aspects of these large-scale endeavors," and a trillion dollars in business the company brings to the table it should all be for the good.
Reply | Post Message | MESSAGES LIST | START A BOARD

Phil_Britt 12/26/2017 | 5:24:29 PM
Re: Aconex It could be a boon for Oracle for years to come, but the U.S. economy at least is due for a recession. Nothing specific on the horizon, but historically, they occur about every seven years.
Reply | Post Message | MESSAGES LIST | START A BOARD
EDUCATIONAL RESOURCES