OK Google, Find Me a Job

The Google Cloud Jobs API got a promotion and a new title. It's going into beta Tuesday, expanding to work with new categories of companies in the job-seeker industry. And it's now called Google Job Discovery. 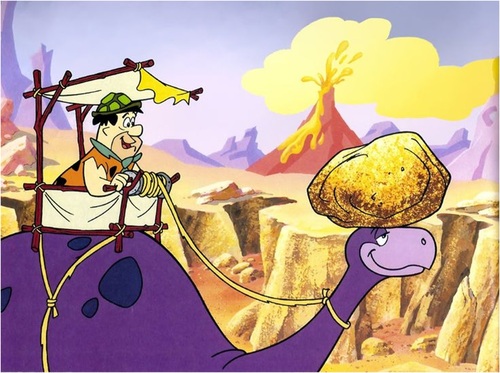 The service is an extension of tools Google has used internally to match applicants with positions. And Google Job Discovery is also used by Google's own Google for Jobs service, to help job seekers and employers, launched in June.

Google Job Discovery replaces the model of using keyword searches to find available jobs. Often, jobs titles are a combination of two or three generic words, like "benefits manager." That's a job title, but a keyword search will look for the words "benefits" and "manager" and return all management positions that offer benefits, Clark says.

And employers seeking workers will use different language to describe similar jobs. Jargon varies within organization.

Google Job Discovery launched late last year and has been working with job boards such as CareerBuilder. The service now expands to staffing agencies and application tracking systems.

Application tracking systems publish jobs on company websites, and manage candidates applying for the job. And staffing agencies are hired by employers to fill roles within an organization, finding candidates and placing them.

The service already works with more than 3,000 organizations.

As part of the beta launch, the service will support more than 100 languages.

Johnson & Johnson is among the companies already using the service, through Jibe, which provides recruiting software. J&J has seen increases of highly qualified candidates for roles by 41% and career site clickthroughs by 45%, Clark says. And Hays, a staffing agency, has seen a 22% increase in qualified candidates.

Google's business model for Job Discovery will be to charge companies by the query. When the service becomes generally available, anybody will be able to pay by credit card to gain access to the API.

"No, LinkedIn would be a great customer for the service," Clark says. "Any companies serving up job content where job seekers are performing a query is a potential customer."

The beta is limited, by invitation only. Companies interested in participating can apply at cloud.google.com/job-discovery/, and learn more about the service at that link and at a post on Google's Keyword blog: Google Job Discovery enters beta.

kq4ym 10/9/2017 | 12:40:21 PM
Re: job Yep, it will indeed be successful if they get enought folks aboard. Wiithout that people will still go to the traditional sites they're already familiar with I would guess. The novelty of it will attract quite a lot at the beginning so I hope they get the numbers in great enough quantity to make a go of it, increasing the competition for job links.
Reply | Post Message | MESSAGES LIST | START A BOARD

Phil_Britt 10/2/2017 | 9:57:46 AM
Re: job Another important element will be whether this plays nicely with others. Some job-seeking sites like Indeed and CareerBuilder enable job seekers to post one but be picked up by many sites, enabling employers to find people no matter where seekers post. Not sure how important the social element of LinkedIn is in competing with Google in this area.
Reply | Post Message | MESSAGES LIST | START A BOARD

[email protected] 9/27/2017 | 12:28:26 PM
Re: job Ariella, exactly it will also get very complex very quickly because if the employer side portal doesn't meet the needs of employers they will look elsewhere. In today's tight labor market there is not much time for a learning curve and unhooking companies is never easy.
Reply | Post Message | MESSAGES LIST | START A BOARD

Michelle 9/26/2017 | 8:11:35 PM
Re: job This is really interesting. I noticed a new display for job listings in search, I had no idea they were working to apply machine learning like this.
Reply | Post Message | MESSAGES LIST | START A BOARD

[email protected] 9/26/2017 | 5:48:42 PM
Re: job Ariella very true they will need to build a critical mass of candidates and jobs quickly to compete with the established players. also, the sites like Linked in that offer a networking component will need to be addressed. If the value isn't there quickly job seekers will not use it or recommend it.
Reply | Post Message | MESSAGES LIST | START A BOARD

Ariella 9/26/2017 | 3:58:33 PM
job It's a cool idea, but its effectiveness will really depend on getting fully participation. One of the reasons why sites like Indeed are so popular is because the jobs listed are culled from mutliple sources.
Reply | Post Message | MESSAGES LIST | START A BOARD
EDUCATIONAL RESOURCES