Mitel will acquire long-time rival ShoreTel in a $530 million deal that expands the Canadian company's ability to deliver unified communications (UC) to customers, especially through the cloud.

The two companies announced the agreement on Thursday as part of Mitel's quarterly results. The all-cash deal means that Mitel will pay $7.50 per share for ShoreTel, a 26% premium over the company's stock price at the close of business on Wednesday.

The acquisition is expected to close at the end of the third quarter of this year, and Mitel CEO Rich McBee will lead the combined company. (See Mitel CEO Plots Cloud Future.)

The deal is expected to move Mitel into the number two spot in the global unified-communications-as-a-service (UCaaS) market, and strengthen its ability to deliver UC to customers, whether that is in traditional, on-premises installations, or through the cloud, which is where McBee is putting the greater emphasis. 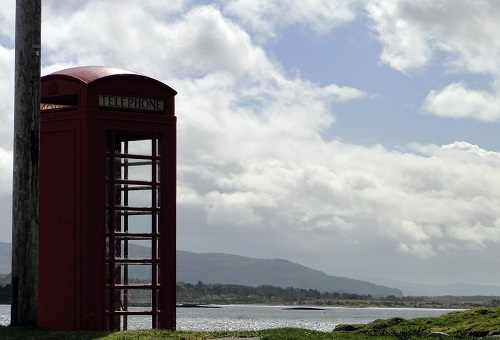 "The combination of the two companies will bring deep communication expertise to our customers and allow us to move to the cloud faster with fully featured, cloud-grade applications," McBee said during a conference call with analysts Thursday. He added that Mitel doesn't have to move customers to the cloud; they are already moving there.

In his remarks, McBee noted that Mitel had seen increased interest over the last three months for its UCaaS offering, especially with smaller enterprises and mid-market companies. Mitel and ShoreTel have combined sales of a about $1.3 billion.

"Mitel has several things going for them -- their sales channels and partner network for example -- but have struggled with the transition to the cloud," Raul Castañon-Martinez, an analyst with 451 Research, wrote in an email to Enterprise Cloud News. "The acquisition will help Mitel accelerate this transition; it will also expand their presence in the US market.

As with many other businesses, the cloud has disrupted the UC market and Mitel's ups and downs reflect that trend. In 2016, the company had to abandon its bid to acquire Polycom, and then it sold off its Mavenir Systems division for a loss. (See Siris Snatches Up Polycom, Leaving Mitel Bereft.)

Additionally, Mitel is being squeezed from both sides. It faces competition from much larger competitors such as Cisco and Microsoft, and it finds itself battling with nimble players such as Slack that have been able to offer low-cost UC products that have been developed fully in the cloud.

However, Mitel has recovered somewhat in 2017. It helped that Avaya, another rival in the UC market, filed for bankruptcy, which created an opportunity to pick up customers, as well as channel partners. In addition, Mitel acquired Toshiba's UC business earlier this month.

In his email, Castañon-Martinez noted that ShoreTel's communications-platform-as-a-service (CPaaS) offerings help Mitel against some of its competitors, including Cisco, Twilio, RingCentral and Vonage, which already offer these capabilities.

CPaaS allows developers to add features, such as video or messaging, to cloud-based UC applications without needing to build out an infrastructure to support these apps.

"This will give Mitel an important differentiation and will be a huge boost in terms of the direction that UCaaS is heading," Castañon-Martinez wrote. "There is a clear trend in UCaaS towards platforms that can provide flexibility for enterprises to customize their communications requirements."

Scott_Ferguson 7/31/2017 | 9:38:47 AM
Re: Vonage @John: An excellent point and I think one reason why Mitel has put the cloud first. It's also interesting to see that after so many stumbles in 2016, Mitel is buying other companies and really taking advantage of the demise of some of its competitors.
Reply | Post Message | MESSAGES LIST | START A BOARD

JohnMason 7/29/2017 | 12:59:58 AM
Vonage Vonage sure has come a long way that they are now rivals with Mitel. On the other hand, they are both offering unified communications platforms now. The way to offer more and more services on a UC, and so attract and keep customers, is naturally via the cloud.
Reply | Post Message | MESSAGES LIST | START A BOARD
EDUCATIONAL RESOURCES