Microsoft's cloud strategy, built around its Azure public cloud and other services such as Office 365, drove the company's revenue stream during the last three months and helped Redmond end its fiscal 2017 on a high note.

Non-GAAP net income stood at a little less than $7.7 billion, a 40% year-over-year increase.

Financial analysts were booked for earnings per share of about $0.71 and revenue of about $24.3 billion, according to CNBC.

While the overall numbers helped push Microsoft stock higher after earnings were released on Thursday, it's the company's cloud growth that impressed. Azure, its public infrastructure-as-a-service (IaaS) offering, led the way during the quarter and its revenue grew 97% year-over-year. Office 365 Commercial revenue grew about 43% and Dynamics 365 grew by 74%.

Server products and cloud services grew an additional 15%, according to the company.

While Microsoft does not provide specific revenue numbers for Azure or Dynamics 365, it did post total revenue of its Intelligent Cloud division at $7.4 billion, an 11% increase year-over-year. 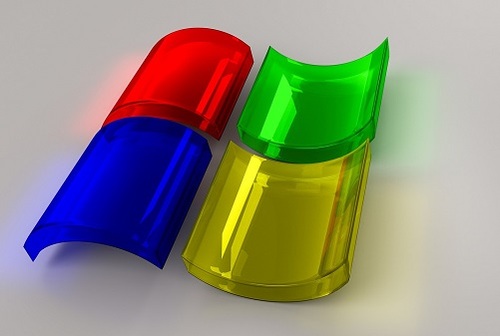 "Innovation across our cloud platforms drove strong results this quarter," CEO Satya Nadella, wrote in a July 20 statement. "Customers are looking to Microsoft and our thriving partner ecosystem to accelerate their own digital transformations and to unlock new opportunity in this era of intelligent cloud and intelligent edge."

The other sections of Microsoft performed admirably during the quarter as well. Revenue from its Productivity and Business Processes unit hit $8.4 billion, an increase of 21%, while Redmond's computing division brought in $8.8 billion, although that was a 2% decline.

It should be noted that some of Microsoft's earnings per share this quarter were helped along by a $1.8 billion tax break thanks to the collapse of the company's mobile business. That boosted EPS up by $0.23.

Although its cloud business helped Microsoft along during the quarter, not everything at Redmond was rosy. A few weeks before releasing its earnings, the company announced about 3,000 layoffs as it looks to focus more on cloud, as well as up-and-coming technologies such as artificial intelligence. (See Microsoft Cutting Jobs in Shift to Cloud.)

[email protected] 7/25/2017 | 12:55:32 PM
Re: Cloudware In a lot of ways, cloud saved them! The cloud forced them off of their software model and helped them compete. They are now able to leverage greater stickiness across platforms and build a more permanent relationship with clients.
Reply | Post Message | MESSAGES LIST | START A BOARD

danielcawrey 7/23/2017 | 3:10:54 PM
Re: Cloudware Good for Microsoft. I think a lot of us were worried with cloud computing that the company might not figure out how to survive, but instead it has thrived. By leveraging the relationships it already has with Fortune 500 companies, it's been able to actually be a leader.
Reply | Post Message | MESSAGES LIST | START A BOARD

[email protected] 7/21/2017 | 1:10:40 PM
Re: Cloudware Scott, I agree it makes natural sense but I think old school thinking about licenses got in the way of seeing that the market was going to change whether they complied or not. The smartphone play seems to choke a lot of tech giants Amazon also choked on their phone as well. Understanding their core value to businesses and consumers will be key to Microsoft remaining nimble, I am still not sure that that involves hardware at all. Surface may or may not survive long term.
Reply | Post Message | MESSAGES LIST | START A BOARD

Scott_Ferguson 7/21/2017 | 12:17:05 PM
Re: Cloudware @maryam: I was also thinking about this a little today and the cloud is so much more core to Microsoft than some of these other ventures the company has tried. The smartphone stuff was way too consumer and the company kept getting into its own way. At the same time, cloud is core to the enterprise, and that's where Microsoft has always played best.
Reply | Post Message | MESSAGES LIST | START A BOARD

[email protected] 7/21/2017 | 11:57:17 AM
Cloudware This was a necessary step for Microsoft for a long time, they held fast to the software model that many had already abandoned and it kept them from achieving their potential, Selling SaaS is the way of the future and they have finally realized that is overall will provide them with lower operating costs and better margins. Its a shame it took them so long to evolve and understand that to be a successful provider you need to be platform agnostic and be highly flexible or users will find a work around like all the open source office apps we had on our phones and tablets before Microosoft was an option.
Reply | Post Message | MESSAGES LIST | START A BOARD
EDUCATIONAL RESOURCES