While the emerging technology of blockchain is starting to gain traction in enterprises, it faces technical obstacles to widespread adoption. Microsoft is looking to help fix that with Coco, an open source platform to improve blockchain scalability, speed, governance and privacy, for business-to-business transactions.

Blockchain is a decentralized, distributed ledger, or database, to track transactions. It was initially developed for bitcoin, but is seeing a variety of uses, including identity management, supply chain, insurance and financial services. Microsoft and IBM are two major cloud providers with significant blockchain investments.

But blockchain was designed for technical considerations that limit its enterprise usefulness, Microsoft explains in a white paper published on Github Thursday. Existing blockchain protocols, such as Ethereum, "were designed to function -- and to achieve consensus -- in a potentially hostile environment, where anonymous, untrusted actors can execute transactions."

To guard against malicious behavior, "transactions are 'in the clear' for all to see, every node in the network executes every transaction, and Byzantine fault tolerate consensus algorithms must be employed," Microsoft says. "All of these 'safeguards,' while necessary to ensure the integrity of pubic blockchain networks, require tradeoffs in terms of key enterprise requirements such as scalability and confidentiality." 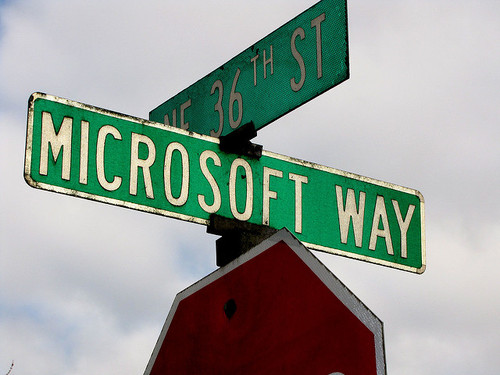 In addition to recording transactions, blockchain can also serve as a distributed platform for executing code -- "smart contracts." Coco permits greater flexibility in executing contracts, which only need to be run on one node of the network, rather than every node or a consensus of nodes.

Coco's lower energy cost serves a need for enterprises as well, Microsoft says. The annual energy consumption to maintain the Bitcoin network is equal to 14.96 terawatt hours, enough to power more than 1.3 million US households, at an annualized mining cost of $747 million.

Coco makes use of trusted execution environments (TEEs) such as Intel's SGX and Windows Virtual Secure Mode, creating trusted networks of physical nodes on which to run a distributed ledger, Microsoft says. Coco will not need to run on Microsoft Azure; it will also support other platforms. It works with existing blockchain protocols including Ethereum, Quorum, Corda and Hyperleder Sawtooth.

Microsoft is working with JP Morgan Chase, Intel and R3 to integrate Coco into their respective blockchain platforms.

In June, Microsoft partnered with Accenture to for digital ID network as part of a UN project to provide legal identification to people without necessary official documents. This group comprises about 1.1 billion people who are limited by lack of ID from accessing education, financial services, healthcare and other services. (See Microsoft, Accenture Building Blockchain Digital IDs for 1.1B People.)

It's been a busy week for blockchain activity. Sony and IBM are working on using blockchain to store and manage student records and other critical documents and data. (See Sony, IBM Bringing Blockchain to Education.)

And two different companies -- Filecoin and Cloudwith.me -- are working on cloud platforms that use blockchain to allow users to use blockchain tokens to pay for hardware resources contributed b providers. (See Startups Plan Peer-to-Peer Clouds, Funded & Enabled by Blockchain and Blockchain-Powered Cloud Dreams Face Barriers .)

Also, IBM has been highly visible in its blockchain initiatives this year.

In Dubai, IBM launched a blockchain initiative with du, several Dubai government agencies and other companies to track goods going into and out of that United Arab Emirates city, one of the world's busiest trading hubs. (See IBM Launches Dubai Blockchain Deal With du.)

IBM and the US Food and Drug Administration are looking to blockchain to help secure patient records and other healthcare information. (See IBM, FDA Look to Blockchain to Secure Health Records.)

And IBM and a Canadian company called SecureKey Technologies are partnering to use blockchain to help consumers reduce the hassle and privacy threat of identifying themselves to banks, phone companies and other businesses and government agencies. (See Blockchain: Can It Solve the Identity Crisis?)

JohnMason 8/31/2017 | 4:04:41 PM
i think i understand I think I understand. Public blockchain operates in a hostile environment, and so needs to spend extra resources to maintain integrity. But Coco operates on secure networks, so it can run with much less overhead. Did I get that right?
Reply | Post Message | MESSAGES LIST | START A BOARD
EDUCATIONAL RESOURCES