As expected, Microsoft is reorganizing its enterprise sales teams into new units that will focus more on cloud computing, artificial intelligence and other up-and-coming technologies, pushing Redmond away from its older model of selling on-premises software and traditional business services.

Employees received a memo on Monday, July 3, about the changes, according to a report in Bloomberg. News about the change leaked out the week before, although reports about numerous layoffs were not confirmed by the memo. (See Is Microsoft Planning Reorg Around Cloud?)

Microsoft's commercial sales division is now broken up into two segments: One will focus on the company's largest customers, while the second is dedicated to small and midsized businesses (SMBs). The change also means that sales will focus on six specific verticals that include manufacturing, financial services, retail, health, education and government, according to the report. 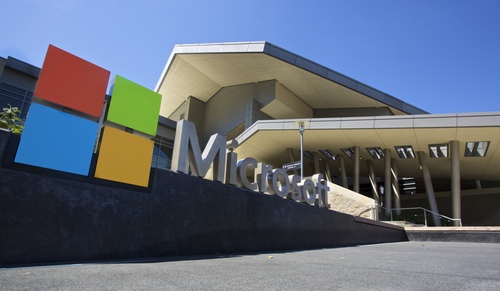 The biggest changes, however, concern the software products that Microsoft will focus on, which include:

Microsoft is considered a leader in the cloud space, not only with its Azure infrastructure-as-a-service (IaaS) offering, but also with its various software-as-a-service (SaaS) products such as Office 365. However, the software giant still finds itself in several major battles, including one with Amazon Web Services, which is still considered the leader in public cloud. (See AWS Public Cloud Dominance Continues – Report.)

Google is also making a play for public cloud, and there's also pressure from newer companies such as Salesforce, as well as traditional competitors, such as Oracle and IBM, that are also rushing their products to the cloud.

It's been several years since Redmond reorganized its sales staff, and some see this as a welcome change to the company's structure, although more work is needed.

"I see these moves as aligning Microsoft to better take advantage of cloud and Dynamics products and services," Patrick Moorhead, principal analyst at Moor Insights, wrote in an email to Enterprise Cloud News. "I consider these tweaks, not full-on changes required to do better at the new products and services."

In its latest Magic Quadrant for IaaS, Gartner noted Azure's success in attracting enterprise customers, but said the company still has a way to go:

While Microsoft Azure is an enterprise-ready platform, Gartner clients report that the service experience feels less enterprise-ready than they expected, given Microsoft's long history as an enterprise vendor. Customers cite issues with technical support, documentation, training and breadth of the ISV partner ecosystem. Microsoft is actively addressing these issues and has made significant improvements over the last year.

Monday's memo was written by Executive Vice President Judston Althoff. Over the weekend, there were several reports about massive layoffs coming to Microsoft, although ZDNet's Mary Jo Foley wrote that her sources indicated that large job cuts were not part of the reorganization.

"The situation at Microsoft is one we've seen time and again in the tech industry as vendors reorganize and retool to prepare for and take better advantage of emerging trends and business opportunities," Charles King, an analyst with Pund-IT Research, wrote in an email.

In addition to the commercial unit, Microsoft is changing its device and consumer sales divisions as well, to focus on high-growth areas including Windows, Surface devices, Internet of Things, mixed reality and Office 365.

Ariella 7/6/2017 | 9:24:47 PM
Re: Direction @mhhf1ve yes, not appealing for me.  At best, you get a share in something but never really own it and so are subject to the whims of the actual owners.
Reply | Post Message | MESSAGES LIST | START A BOARD

mhhfive 7/6/2017 | 3:00:33 PM
Re: Direction I wonder if the ecosystem for "free" software will be destroyed by the app store and SAAS models. I can imagine that most consumer OSes will prevent users from downloading and running "random software" from the wild -- for the sake of improved security.
Reply | Post Message | MESSAGES LIST | START A BOARD

Well, pretty soon, I think nearly all professional software will be either a subscription or in an app store, so users won't have many "rights" to the software they use anyway. You can't transfer or re-install an app store app, and if the maker of the app wants to take it away, they can just render the app unusable until you "upgrade" via the app store.

So the era of buying a CD or disc and installing software on whatever device you want will be gone soon.. and with it, some freedom to do whatever you wanted to do with the software.

Ariella 7/6/2017 | 2:36:03 PM
Re: Direction @mhhf1ve yes, it has tried to do that, but it may be a sign of its losing hold on what used to be its main business. I also really don't like that it now leases its software rather than allowing users to own it, which is following in the footsteps of Adobe. I bought the Adobe CS2 many years ago. Back then, the company could try to lure you to upgrade, but it was still your choice. Now that everyone is a subscriber rather than owner, you have no choice about it at all and end up paying a lot more over time than you would have with a straight purchase.
Reply | Post Message | MESSAGES LIST | START A BOARD

mhhfive 7/5/2017 | 9:03:59 PM
Re: Direction Microsoft has a "foot in the door" for just about any business. Windows and Office are so widespread that it's no surprise that MSFT has the resources to build a leading cloud platform. It already had the server OS skills (sorta), and it could develop the rest just like Amazon did.

It will be interesting to see if Apple can do the same... Apple doesn't quite have the same "foot in the door" -- nor does it have much experience with reliable server tech at scale? Although somehow Apple handles iTunes downloads and iCloud.... It remains to be seen if they could handle an iCloud for a multitude of other companies.
Reply | Post Message | MESSAGES LIST | START A BOARD

danielcawrey 7/5/2017 | 4:44:04 PM
Re: Direction It's funny to hear Microsoft being labeled as a leader in cloud. It wasn't too long ago people thought Google would eat Microsoft's lunch. That never happened, I think due to Microsoft's clout and its relationships with Fortune 500 companies. It's been a surprise to say the least.
Reply | Post Message | MESSAGES LIST | START A BOARD

mhhfive 7/5/2017 | 1:15:47 PM
Re: Direction I have to wonder how the Surface development teams are going to be prioritized. Surface hardware projects could threaten other PC/hardware makers into developing their own OSes to better compete. I think we may see some hardware manufacturers getting into the cloud, too, in order to provide better margins in the future by bundling cloud services like Microsoft will presumably do..

Phil_Britt 7/4/2017 | 9:44:11 PM
Re: Direction Like in other industries, Microsoft teams will have to be able to adapt to undertake different challenges, just like teams in other industries.
Reply | Post Message | MESSAGES LIST | START A BOARD