Microsoft Corp. (Nasdaq: MSFT) and Walgreens Boots Alliance have a common enemy: Amazon.com Inc. (Nasdaq: AMZN). For Microsoft, the WBA partnership is the latest in a series in the retail sector -- previous deals include Walmart, Kroger and Gap.

Microsoft sees Amazon Web Services Inc. as particularly vulnerable in retail because of Amazon's own big retail operation, which puts Amazon in competition with its own customers -- or so says Microsoft.

On the healthcare front, Amazon is partnering with Berkshire Hathaway and JP Morgan Chase & Co. to provide healthcare services for more than 1 million people who get health insurance from the three companies. 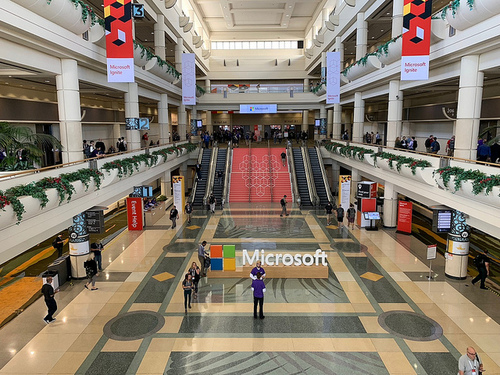 The Microsoft-WBA partnership combines R&D as well as moving most of WBA's IT infrastructure for 380,000 employees and stores globally, to Microsoft Azure, the companies said. WBA brands include Walgreens, Duane Reade, Boots and Alliance Healthcare.

As part of the deal, Microsoft becomes WBA's "strategic cloud provider." Among the applications WBA is moving to Azure are retail, pharmacy, business services, data and analytics, and legacy applications and systems.

The partnership aims to improve health outcomes and lower overall healthcare costs, as well as to collaborate on R&D, the companies said.

The partnership will work with other organizations to connect consumers, providers including Walgreens and Boots pharmacists, pharmaceutical manufacturers and payors.

Microsoft sees an opportunity in appealing to retailers, who see a threat from Amazon's retail operation and might be reluctant to partner with the potential competitor on cloud services. In addition to retail sales, Amazon is opening its own storefronts and acquired Whole Foods for $13.7 billion in 2017. (See Microsoft: We're Not Bullies Anymore! We're Nice! and Amazon Steals Big Microsoft Customer With Whole Foods Purchase.)

Microsoft and Kroger announced a partnership last week to transform retail operations for the US supermarket giant. The two companies are opening pilot stores near their respective headquarters in Redmond, Wash., and Monroe, Ohio, with smart shelves with digital displays that update prices automatically and show personalized icons to help shoppers find items they've put on their shopping lists, as well as helping workers identify items for curbside pickup orders. Microsoft and Kroger plan to offer their technologies to other retailers, in an initiative they are calling "Retail as a Service."

Walmart tapped Microsoft as its "preferred and strategic cloud provider" in a deal announced in July, and expanded the partnership in November to collaborate on retail technology. (See Walmart Teams With Microsoft Against Common Amazon Enemy and Microsoft & Walmart Heat Up Amazon War.)

Healthcare is a strategic direction for Amazon. The company agreed to acquire online pharmacy PillPack in June, in a deal reported at nearly $1 billion.