In the Cloud, CFOs Have a Say, Too

When it comes to the cloud, everyone wants to get in on the act.

Increasingly, that includes the company's chief financial officer, and these men and women are having a greater say over the technology a business is investing in, especially on important financial systems such as cloud-based enterprise resource planning (ERP), as well as cutting-edge tech such as blockchain. (See IBM: C-Suite Starting to See Blockchain Potential.)

However, when it comes to the cloud, CFOs are facing pressure on different fronts. There's the cost savings aspect of cloud services and applications such as ERP, CRM and human resource management applications, and improving the bottom line and streamlining, all of which remain a top priority. At the same time, the CFO tends to be more cautious, especially if the moving of data disrupts the business.

But CFOs are also hearing from their boss that it's time to move to the cloud.

In early 2016, KPMG released a report that found 70% of CEOs want their companies using ERP software as well as other emerging applications, and that should be a top CFO priority. However, of those same CEOs, only about 50% reported that their CFO was doing a good job of implementing these applications.

Despite that, the CFO is helping to drive the conversation, said Steve Cox, group vice president for ERP, EPM product marketing at Oracle. In a conversation with Enterprise Cloud News, Cox explained that cloud, in his view, is a shorthand for cloud, mobile, big data, the Internet of Things (IoT), as well as other disruptive technologies. 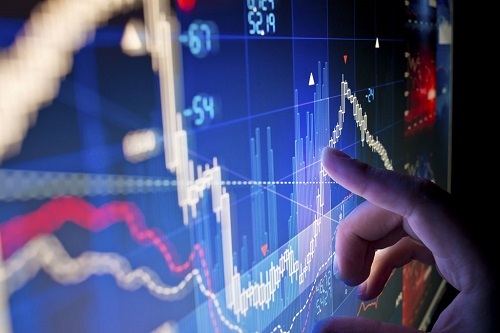 For CFOs, Cox believes that when talking about the cloud, it's only a matter of when.

"Am I going to transform my business by adopting ERP and EPM cloud and all the other things? Am I going to start the transformation with planning and budgeting and move my existing on-prem instances to the Oracle infrastructure-as-a-service cloud?" Cox asked. "It's consistent with every CEO that they are embracing the cloud, it's just a matter of when."

In his view, Cox said the move to cloud is about a company's personal roadmap, but also one that moves at speed to meet the demands of the business and what competitors are doing. "They don't transform slow," said Cox of enterprises and their CFOs.

At the same time, the nature of the CFO, as well as finance, is changing.

In March, Oracle released a study about Agile finance, which means that budgets, plans and other parts of the financial structure are restructured into short weeks- or months-long intervals, or "sprints," which allows for more flexibility in changing these parts of the business since there's no long-term lock-in. Members of the finance team are also cross-trained so any member can do essentially any job required.

It works much the same as Agile development does with software.

The report, which Oracle conducted with the American Institute of CPAs (AICPA), is based on interviews with 483 senior finance executives in large businesses or other organizations in the US and Canada. The report found only about 38% of respondents were Agile leaders, but it did note that as this trend takes off, CFOs and others in finance need to embrace the cloud and other digital technologies to make it work.

The cloud is also giving CFOs a new way to change business models and adopt Agile into finance.

It's no surprise that Oracle is pushing these issues, especially as the company embraces cloud computing and looks to convert its CFO customer base to its cloud vision. (See Oracle's Mark Hurd: Cloud Resistance Is Futile.)

Still, the notion that CFOs can control how and when a company embraces the cloud is changing the conversation within the enterprise, as well as further proof the CIOs are not the only one that are making decision when it comes to IT. (See Cloud Is Taking Budget Away From IT.)

kq4ym 6/8/2017 | 9:07:54 AM
Re: Back office Yep, it can become quite a problem between what the boss wants and what the CFO is thinking is the best way and speed to move forward. Noting that the "CFO tends to be more cautious, especially if the moving of data disrupts the business," while the CEO has differing goals in mind, and maybe not quite so much fear, but on the other hand having not quite so much expertise, one wonders how best to get through that scenario with as little confusion and chaos as possible.
Reply | Post Message | MESSAGES LIST | START A BOARD

Joe Stanganelli 6/4/2017 | 8:45:00 AM
Re: Back office @John: And it's not just this one use case and CFOs. Vendors are increasingly finding better sales success when targeting the people and departments who will actually use their solutions -- as opposed to running everything through IT/the CIO.
Reply | Post Message | MESSAGES LIST | START A BOARD

Joe Stanganelli 6/4/2017 | 8:43:45 AM
Re: Back office
@Scott: I've been hearing the same things out of Oracle and elsewhere. CFOs are increasingly interested in consolidating vendor relationships (compared to succumbing to lock-in fearmongering).

In any case, I strongly suspect that should Salesforce eventually make a move here, they will be a strong competitor to Oracle.
Reply | Post Message | MESSAGES LIST | START A BOARD

[email protected] 5/31/2017 | 10:46:45 PM
Re: Back office It's a great targeted sales strategy that can create evangelists and remove barriers for all users and stakeholders.
Reply | Post Message | MESSAGES LIST | START A BOARD

[email protected] 5/31/2017 | 12:26:47 PM
Re: Back office Scott, it's an excellent strategy often many initiatives stop at the CFO office making a concerted effort to market the benefits to the CFO will most certainly increase the close rate.
Reply | Post Message | MESSAGES LIST | START A BOARD

JohnMason 5/31/2017 | 11:53:27 AM
Re: Back office Now I understand. If sales are higher when focusing on CFOs instead of just IT departments, then there can be no argument. Thank you.
Reply | Post Message | MESSAGES LIST | START A BOARD

Scott_Ferguson 5/31/2017 | 7:33:08 AM
Re: Back office @Joe: And to your one point, if you notice, I did interview someone from Oracle about this issue and Oracle has made selling to CFOs its main driver of sales. It doesn't sell so much to IT as much as the CFO, so they are very vested in that and if they want to get their clients over to the cloud and can use efficiency as a driver, then selling to the CFO makes sense.
Reply | Post Message | MESSAGES LIST | START A BOARD

[email protected] 5/30/2017 | 11:16:15 PM
Re: Back office It makes perfect sense that the CFO should be involved in these decisions since overall budgeting and reporting rests with them. The influence and guidance of the CFOcnan help manage the IT decisions are made with both innovation and the bottom line in mind. They can also help in decision making when alternatives have different long-term balance sheet implications but similar technical value. Integrated decision made the best sense for overall company health.
Reply | Post Message | MESSAGES LIST | START A BOARD
Page 1 / 2   >   >>
EDUCATIONAL RESOURCES
sponsor supplied content
IDC Whitepaper: Key Considerations When Operationalizing Artificial Intelligence Strategy
Design Guide: best-in-class hybrid IT infrastructure with AWS Outposts
Blueprint: optimize data exchange with AWS Outposts
Ericssons Cloud RAN e-book: A comprehensive guide to adopting, deploying, and scaling virtualized 5G in your networks
The Four Key Components of Cloud RAN
How to get the most out of 5G mid-band in Cloud RAN
QCT Introduces New Innovative Family of Edge Servers for the Telco Marketplace.
TOOL - Interactive Experience: Learn how to Evolve your Architecture and Monetize Next Generation Metro and Edge Networks
Whitepaper  Achieving IP/Optical Convergence: Building from Existing Networks
Executive Guide  Enabling Next-Generation Metro and Edge Networks for Communications Service Providers
Educational Resources Archive
More Blogs from Scott Ferguson
Podcast: Agile IT & the Rush Toward Digital Transformation - Sponsored by SAP