BNP Paribas first developed its private cloud in 2013, and will now integrate with IBM Cloud hosted in data centers dedicated to the bank. IBNP Paribas will not use the public cloud for customer data or production environments with sensitive information, IBM says in a statement Tuesday.

The deal is an extension of a previous partnership between the two companies, which includes the IT services company BNP Paribas Partners for Innovation (BP2I), a joint venture held equally by the bank and IBM since 2003, whose sole customer is BNP Paribas, IBM says. 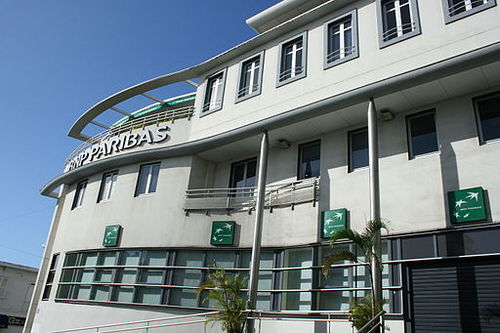 IBM has been an also-ran in the cloud, but it's carving out a place for itself lately. Last week, IBM signed a $550 million, eight-year partnership with Vodafone Group plc (NYSE: VOD) to provide European enterprises with cloud services. (See IBM, Vodafone Strike $550M Cloud Deal.)

IBM is planning to acquire Red Hat Inc. (NYSE: RHT) for $34 billion this year, in a deal announced in October and approved by Red Hat stockholders this month. In the acquisition, IBM is looking to bolster its open source and multi-cloud strategy. (See How Red Hat Could Give IBM's Telco Strategy a New Lease of Life , IBM-Red Hat: A Crazy Plan That Might Work and Red Hat Shareholders Greenlight $34B IBM Acquisition.)

IBM reported 20% year-over-year growth in its cloud business in its most recent earnings report in October, half the growth rate of the market overall. IBM is scheduled to report its latest earnings Tuesday afternoon. (See IBM Is Losing the Cloud Race.)

The BNP Paribas deal is a significant vote of confidence for IBM's cloud business, says Charles King, analyst with Pund-IT. "BNP Paribas is comfortable with IBM's ability to develop, deliver and support its needs," King says.

The two companies' 15-year partnership is significant as well, King says. "The IT market has obviously changed during the past 15 years and other cloud companies may have vied for the bank's attention so the fact that it has decided to stick with IBM suggests a satisfying relationship for both companies," he says.

King notes that the banking industry is highly regulated, with rules and compliance requirements varying significantly between countries and regions. IBM has the capabilities to play in these global markets, he says.