Hewlett Packard Enterprise saw revenue up 5% year-over-year to $7.8 billion, but it's having trouble gaining traction with enterprise sales, according to earnings reported Tuesday.

For the fourth quarter ending Oct. 31, combined net revenue for HPE was $7.8 billion, including $174 million associated with discontinued operations, up 5% year-over-year, and up 11% excluding server sales to Tier 1 service providers and when adjusted for divestitures and currency. Non-GAAP diluted earnings per share were $0.31, above the previously provided outlook of $0.26 to $0.30 per share. 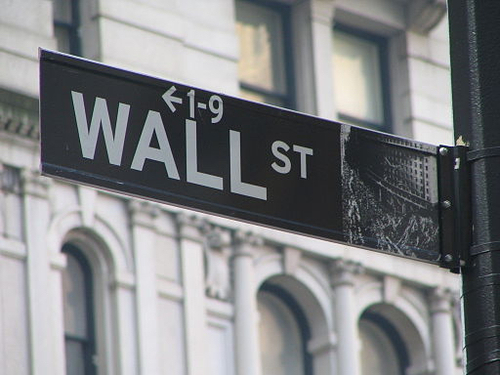 Photo: The original uploader was RMajouji at English Wikipedia (Transferred from en.wikipedia to Commons.) [CC BY 2.5], via Wikimedia Commons
Keep up with the latest enterprise cloud news and insights. Sign up for the weekly Enterprise Cloud News newsletter.

Non-GAAP diluted net earnings per share were $1.41 for the year, beating the previously provided outlook of $1.36 to $1.40 per share.

The Enterprise Group's fourth quarter net revenue was $6.9 billion, flat year-over-year and up 1% adjusted for divestitures and currency. Financial service revenue, though much smaller, grew briskly -- $1.01 billion, up 24% year-over-year. Continuing operations was $7.66 billion, up 5% for the quarter in both real dollars and adjusted for divestitures and currency.

For the fiscal year, Enterprise Group net revenue was $26.2 billion, down 6%, while financial services was $3.602 billion, up 14%. Continuing operations was $28.9 billion, down 5% for the year, but up 1% adjusted for divestitures and currency.

Outside of Tier 1 service provider business, HPE's server business is strong, Whitman said on an earnings call Tuesday. The company saw a great deal of revenue from Tier 1, but little profit. Outside of that, servers grew 6%, driven by high-performance computing, and the company's SimpliVity hyperconverged and Synergy composable infrastructure lines. (See HPE Buys SimpliVity for $650M in Hyperconverged Cloud Play and HPE Goes All in With Hybrid IT.)

"With strong top line revenue growth, earnings above our previous outlook and our second consecutive quarter of sequential margin improvement, our fourth quarter results are a reflection of the progress we have made over the past two years to transform HPE into a nimble, focused and innovative organization," Whitman said in a statement.