Cloud storage and file sharing giant Dropbox has filed confidential paperwork for an initial public offering (IPO) for later this year, according to Bloomberg.

If and when the company goes public, it could be worth more than $10 billion, according to the report. Since its founding in 2007, the company has raised more than $2 billion in venture capital funds.

Along with Box, Dropbox has been at the forefront of bringing easy-to-use cloud technology into the consumer market, as well as the enterprise market, by allowing people to easily share files of all different sizes. Within corporate networks, this had led to the phenomenon of "shadow IT," where applications are added to the infrastructure without IT's knowledge. (See NASA Cloud Computing: Security Concerns Hover.) 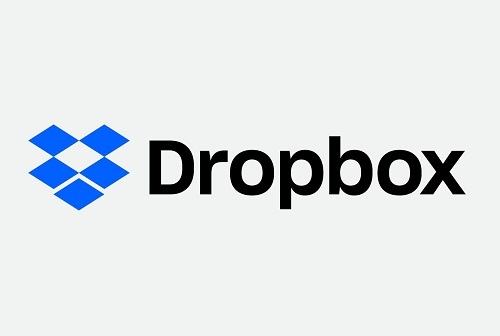 The company also faces competition in these markets, not only from Box, but from Microsoft Corp. (Nasdaq: MSFT) and Google (Nasdaq: GOOG), which also take a number of file-sharing tools, as well as cloud services, for collaboration.

If Dropbox goes ahead with the IPO, it would join several other enterprise companies that have gone the public route over the last year.

When it goes public, Dropbox will have impressive numbers to show Wall Street. The Bloomberg report noted that the company has about $1 billion in annual sales, along with 500 million customers, which includes 200,000 businesses.

The company has also worked at building out its own infrastructure. It's one of the few companies that left the public cloud -- in this case Amazon Web Services -- to build its own hosted private cloud to support its business. Snap Inc., another big-name IPO from last year, has taken heat for pouring billions into AWS, as well as Google Cloud Platform. (See Snap Pays $2B for Google Cloud Services.)

Goldman Sachs and JPMorgan Chase are assisting with the Dropbox IPO, according to Bloomberg.

Susan Fourtané 1/18/2018 | 6:56:20 AM
And 10 years after ... This is good news. Dropbox was one of the first companies to bring a cloud service to the consumer. Or was it acyually the first? The IPO to celebrate its 10th anniversary sounds riight.
Reply | Post Message | MESSAGES LIST | START A BOARD
EDUCATIONAL RESOURCES
sponsor supplied content
IDC Whitepaper: Key Considerations When Operationalizing Artificial Intelligence Strategy
Design Guide: best-in-class hybrid IT infrastructure with AWS Outposts
Blueprint: optimize data exchange with AWS Outposts
Ericssons Cloud RAN e-book: A comprehensive guide to adopting, deploying, and scaling virtualized 5G in your networks
The Four Key Components of Cloud RAN
How to get the most out of 5G mid-band in Cloud RAN
QCT Introduces New Innovative Family of Edge Servers for the Telco Marketplace.
TOOL - Interactive Experience: Learn how to Evolve your Architecture and Monetize Next Generation Metro and Edge Networks
Whitepaper  Achieving IP/Optical Convergence: Building from Existing Networks
Executive Guide  Enabling Next-Generation Metro and Edge Networks for Communications Service Providers
Educational Resources Archive
More Blogs from Scott Ferguson
Podcast: Agile IT & the Rush Toward Digital Transformation - Sponsored by SAP