Comic-Con Photos: That's Not a Costume. It's Actually a Cat

Superheroes, supervillains and swarms of fans invaded San Diego recently for the annual Comic-Con. Among them: me, armed with my trusty cameraphone.

Comic-Con is a big party for science fiction and fantasy media fans of all types, and a place where Hollywood celebrates the latest TV and movie programming, with panel discussions featuring TV and movie stars and behind-the-camera talent, as well as previews on screen.

Many of the fans come in costume, turning San Diego's downtown Gaslamp District into Mardi Gras.

I've lived in San Diego for 20 years, and gone to Comic-Con most of those years. Some years -- like this year -- I don't get tickets, because they sell out fast. But that's OK. Plenty to see and do downtown in the Gaslamp area even if you don't go into the show itself.

By the way, what does this have to do with enterprise cloud? Nothing. We just thought you'd enjoy it.

Here's some of Comic-Con as I saw it, starting with an observation from San Diego's public transit system, the Trolley light rail. 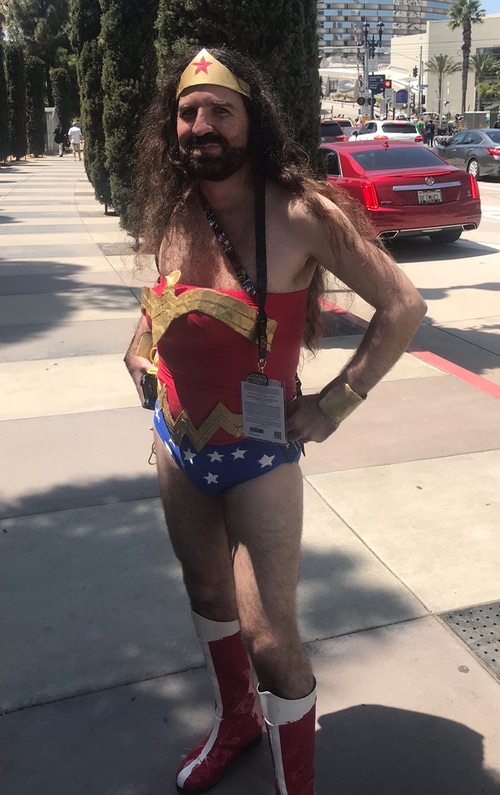 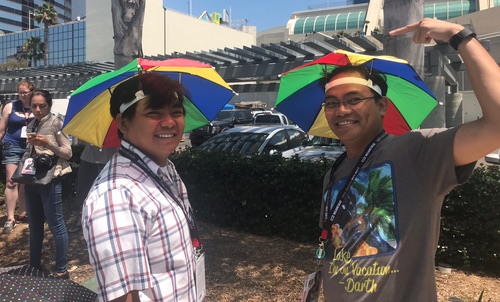 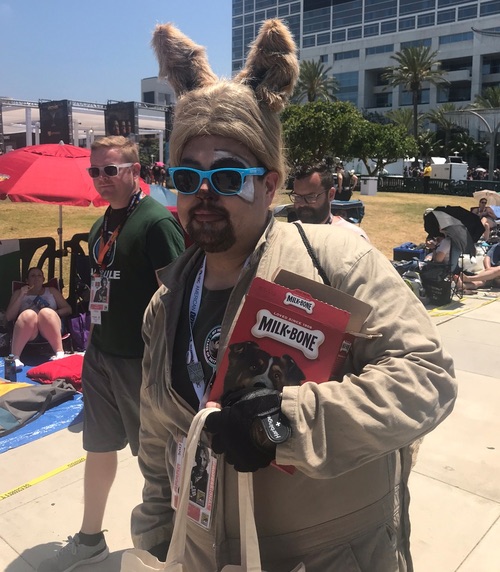 Comic-Con is going to the dogs. 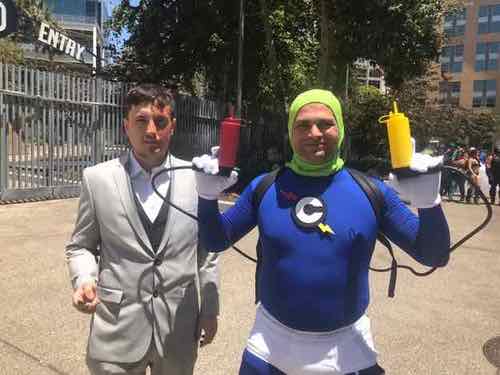 Have condiments, will travel. 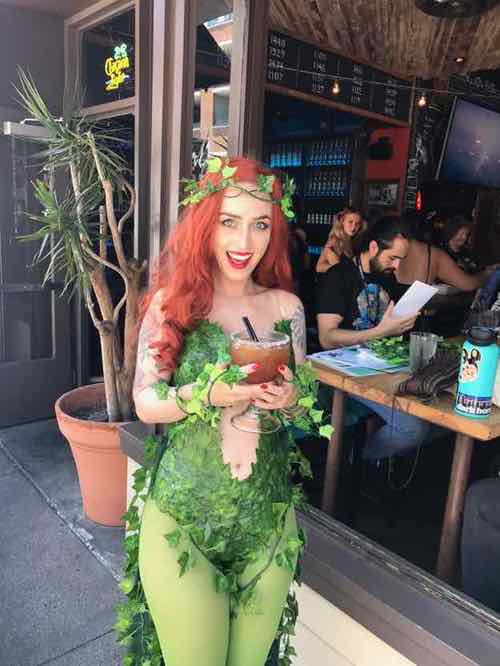 Next page: We All Float Down Here

kq4ym 8/14/2017 | 6:21:01 PM
Re: Travel fun Well, it looks like San Diego was in for some colorful street folks and costumes. I'd love to wear the umbrella hat as it seems entirely practical but I guess I'm just to "normal" to try it unwilling to take all the stares that might come my way.
Reply | Post Message | MESSAGES LIST | START A BOARD

Care to elaborate? I'm only a casual WW watcher -- so my main source material was Linda Carter....
Reply | Post Message | MESSAGES LIST | START A BOARD

Joe Stanganelli 8/3/2017 | 10:54:22 AM
Judgment I don't agree with everything he has to say, but I don't blame him when it comes to the "ankle-biters." In the summertime, those black flies can be vicious!

(For the sensitive: That's a joke. About flies and misunderstanding.)
Reply | Post Message | MESSAGES LIST | START A BOARD

Joe Stanganelli 8/3/2017 | 10:53:21 AM
Re: Travel fun @mhh: Seems to me that version of Wonder Woman is at least more faithful to the original DC Comics world than the movie was.
Reply | Post Message | MESSAGES LIST | START A BOARD

Joe Stanganelli 8/3/2017 | 10:52:37 AM
Re: LOL.. that warning sign.. Funnily enough, there are probably plenty of UX/UI and design subject-matter experts at Comic-Con who could have helped the protester better design his sign.
Reply | Post Message | MESSAGES LIST | START A BOARD

The umbrella hat guys are genius, though. I would wear that around normally just for the shade from the sun....
Reply | Post Message | MESSAGES LIST | START A BOARD

For a second, I was confused. :P

I suppose graphic design is not the strong point of these protesters.
Reply | Post Message | MESSAGES LIST | START A BOARD