Cloud Keeps Shifting Tech Spending Away From IT

Cloud computing has been a great enabler of information technology, allowing CIOs and other tech leaders to focus less on maintenance and more on innovation, and opening up whole new innovative projects. It's also enabled other parts of the enterprise to grab IT dollars as well.

In a report released earlier this month, CompTIA found that the democratizing effects of cloud mean that line of business (LoB) managers of other departments have an increasingly greater say over what kinds of technology a company buys.

This means that finance, sales, marketing and other departments can pick and choose what kinds of applications they want thanks to the cloud making the barrier to entry so low. It also means that IT managers, CTOs and CIOs have less say and less control. (See CIOs: Stop Worrying & Learn to Love the Cloud.) 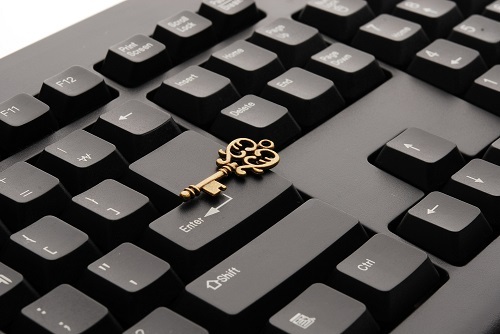 Who holds the keys to the tech budget? (Source: JeongGuHyeok via Pixabay)

"CIOs and information technology (IT) teams remain involved in the process, as their expertise and experience are valued," Carolyn April, senior director for industry analysis at CompTIA, wrote in the May 16 report. "But business lines are clearly flexing their muscles. It's another strong signal that technology has shifted from a supporting function for business to a strategic asset."

The report also found that these LoB departments are also starting to hire data scientists, social media managers and even their own software developers to work with the technologies that they are investing in.

The CompTIA report, which is based on interviews with 675 US businesses conducted in February of this year, dovetails with other recent studies that found cloud was making it easier for other parts of the business to invest in technology without a lot of input from IT.

For example, an IDC report found that non-IT tech spending will increase nearly 6% this year, and total $609 billion. By the end of 2020, IT and non-IT department will be spending about the same on technology, including Internet of Things, software-as-a-service (SaaS), artificial intelligence and cognitive applications. (See Cloud Is Taking Budget Away From IT.)

At the same time, IT leaders are looking to expand their skills sets to meet business needs. An Enterprise Cloud News survey found that IT managers increasingly want to learn how to work with different teams within the business, as well as outside clients, to increase their value and show they are contributing to the bottom line and company goals. (See Hottest Cloud Skills for 2017: Exclusive Special Report.)

For IT pros looking to stay relevant in the enterprise, it's a good idea to start paying attention to what the LoB managers and other parts of the business are interested in when it comes to technology. The CompTIA report found that 45% of respondents noted that new ideas about tech are coming from departments other than IT, and about half the companies reported that business unit budgets, not IT budgets, paid for tech purchases last year.

JohnMason 5/30/2017 | 10:59:12 PM
Re: Utility But yet it could work that way. Providing on-demand virtual services where you can just plug into "HR" or "accounting" functions as needed brings this very close to just plugging into a wall outlet. That's where we're going.
Reply | Post Message | MESSAGES LIST | START A BOARD

In scientific research, for example (both in academia and in the private sector), the pricing model of "cloud compute as a running faucet" doesn't quite work for researchers who are operating on grant money.  If you get cut off from services until you pay more but your grant has run out, that's a big problem.  Now, after years of hype and evangelism over the cloud, life-science organizations have started to move away from the cloud in the past year.
Reply | Post Message | MESSAGES LIST | START A BOARD

Joe Stanganelli 5/30/2017 | 10:53:50 PM
Re: Utility @John: This has been floated around a lot -- especially in the cloud context, and especially NIST and other federal government agencies (e.g., NIST's "Cloud Roadmap" that it put out a couple years back).  There are compelling arguments, however, that compute doesn't quite work the same way as water and electricity.
Reply | Post Message | MESSAGES LIST | START A BOARD

JohnMason 5/30/2017 | 10:09:40 PM
Re: Utility Very well put: "strange impulses of the rest of the company." Somebody has to referee, you are right, and it probably won't be a utility level of service that does that.
Reply | Post Message | MESSAGES LIST | START A BOARD

Scott_Ferguson 5/30/2017 | 11:51:17 AM
Re: Utility @John: I have seen the "IT as utility" analogy before, and I think a lot of the low level IT function can probably fall into this category. However, when I have spoken to CIOs, a lot of them have said they understand that and their job is not so much to maintain technology, but to really show how it can be integrated into the company and their goals. Also to act as a backstop against some of the strange impulses of the rest of the company.
Reply | Post Message | MESSAGES LIST | START A BOARD

JohnMason 5/30/2017 | 12:17:53 AM
Utility Maybe having an IT department will someday seem as silly as having your own electrical-generation department. Electricity is a utility. Maybe IT functions will become a utility, as well.
Reply | Post Message | MESSAGES LIST | START A BOARD

Joe Stanganelli 5/29/2017 | 10:37:39 PM
Skunkworks Alas, a lot of IT departments could use the budget savings nonetheless for innovative projects instead of merely struggling to keep up with keeping the lights on.

Which is not to say that other spends aren't valuable.  But, then, everyone's fighting for budget dollars.
Reply | Post Message | MESSAGES LIST | START A BOARD

JohnMason 5/29/2017 | 2:13:12 AM
Hand writing on the wall The hand writing on the wall is pretty clear. The attractions of shifting to the cloud are too powerful to ignore.
Reply | Post Message | MESSAGES LIST | START A BOARD
EDUCATIONAL RESOURCES
sponsor supplied content
IDC Whitepaper: Key Considerations When Operationalizing Artificial Intelligence Strategy
Design Guide: best-in-class hybrid IT infrastructure with AWS Outposts
Blueprint: optimize data exchange with AWS Outposts
Ericssons Cloud RAN e-book: A comprehensive guide to adopting, deploying, and scaling virtualized 5G in your networks
The Four Key Components of Cloud RAN
How to get the most out of 5G mid-band in Cloud RAN
QCT Introduces New Innovative Family of Edge Servers for the Telco Marketplace.
TOOL - Interactive Experience: Learn how to Evolve your Architecture and Monetize Next Generation Metro and Edge Networks
Whitepaper  Achieving IP/Optical Convergence: Building from Existing Networks
Executive Guide  Enabling Next-Generation Metro and Edge Networks for Communications Service Providers
Educational Resources Archive
More Blogs from Scott Ferguson
Podcast: Agile IT & the Rush Toward Digital Transformation - Sponsored by SAP