Spending on public and private cloud has very nearly caught up with traditional enterprise data center, according to the latest edition of the annual Internet Trends report released Wednesday by Mary Meeker, a general partner at Kleiner Perkins Caufield & Byers.

The report, weighing in at 335 pages of graphics and text, mainly covers the consumer Internet, including global trends, online advertising and commerce, the Internet in India and China, and games -- which Meeker sees as the dominant paradigm for how we'll interact with digital technology on everything.

But the report includes a few slides of interest to the enterprise cloud community, in a section of the report by KPCB partner Alex Kurland.

Public and private cloud spending combined is approaching traditional data center spend, up 37% since 2014, to $36 billion, according to the report. 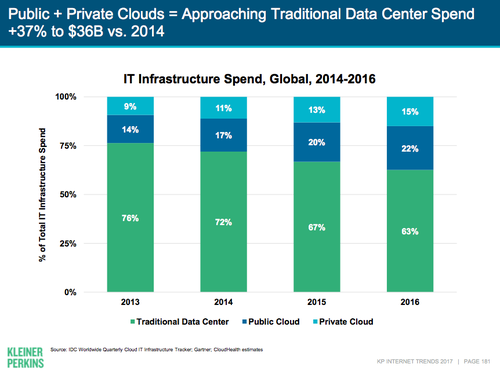 As reported by numerous other studies, Amazon Web Services Inc. (AWS) has more than half the market by its lonesome, with Microsoft Azure, Google Cloud and IBM the other leaders, but trailing. (See AWS Public Cloud Dominance Continues – Report.)

AWS market share was flat year-over-year, but at 57% it has a healthy lead. Azure is growing fast, Google Cloud is growing at a respectable pace, and IBM is growing slowly. (See Microsoft Wants Azure to Blur the Enterprise Edge, Legacy Business Still Dragging IBM Down, How Google Is Challenging Amazon.) 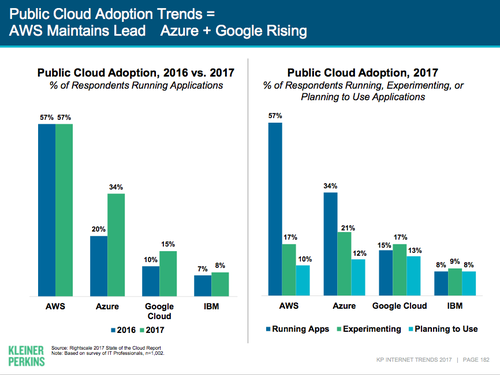 Data security is less of a concern for enterprises than it was five years ago, but it's still their biggest concern. Uncertainty of cost and savings was a huge concern in 2012, less so today.

However, enterprises are more worried than they were in 2012 about compliance and governance, as well as vendor lock-in. 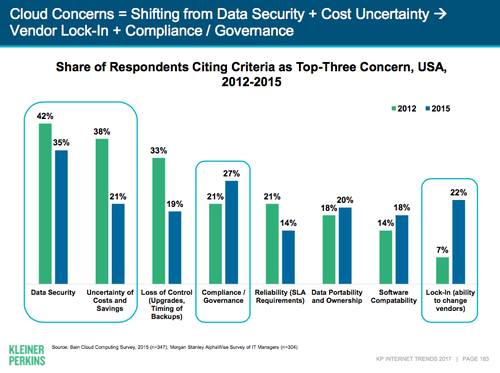 Cloud is changing the way enterprises deploy and consume enterprise software. Users expect products to be as well designed, easy to use and reliable as consumer apps. 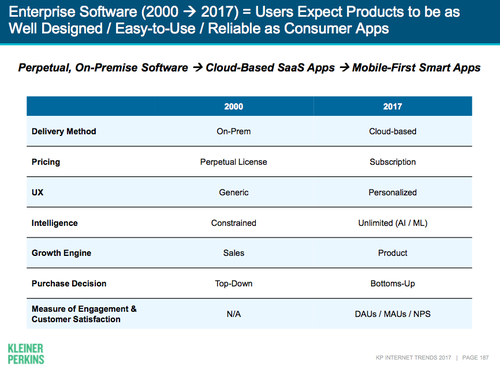 Enterprises are using more apps, which leads to more vulnerabilities, driven by spam and phishing, which is up 350% versus since the first quarter of 2015. 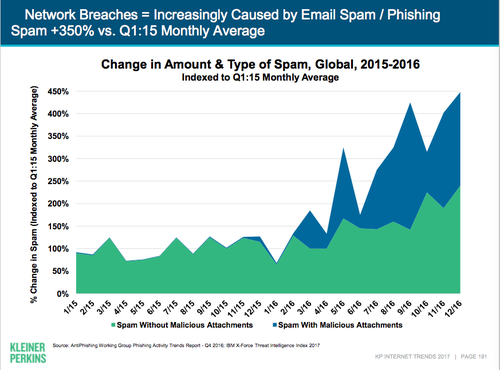 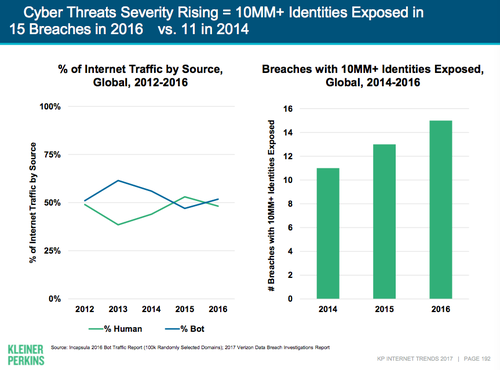