LCS is based in Des Moines, Iowa, but its responsibilities stretch across 33 states.

As a developer and manager of retirement communities and senior living facilities, LCS has about 625 employees in its main corporate entities, about half of whom work at the headquarters. In addition, the company employs about 5,000 workers at its facilities across the US, as well as providing human resource, payroll and other services for another 18,000 people who work for those facilities.

That's a total of 23,000 full-time workers and others to keep track of over the course of the year. That's where the cloud comes in.

LCS is undergoing a years-long process to switch over its on-premises HR software to the cloud, which also includes upgrades to payroll, benefits and other employee management applications. 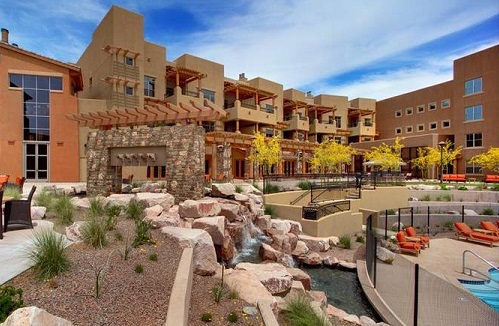 "Just to have everything integrated in one system was a big thing for us," said Mark Heston, senior vice president and chief human resource officer for LCS, in an interview with Enterprise Cloud News.

"I would say the second piece is getting something a little more contemporary," Heston added. "As we look at managing over 140 retirement communities, something that obviously being cloud-based is that there's a lot of advantages when you're that broad that can make your life a lot more efficient and effective."

A changing workforce
When Heston arrived at LCS in 2004, the company was in the middle of installing HR and other software for the first time and running most of the applications on-premises in traditional IT fashion. However, it became apparent right away that there were issues, including patching, as well as upgrading highly-customized software.

During this first installation process, the nature of technology was changing with mobile phones -- later smartphones -- changing the way LCS employee work. At the same time, a younger generation started demanding a seamless experience with the software they were using.

"So needing a system that is fully interactive and usable on a mobile device is critical," said Lisa Ryan, director of human resources at LCS, who is responsible for overseeing the HR technology. "That's not just from an employee experience, but also for us as an organization. Our supervisors are traveling a lot, they're going from community to community, they are not always somewhere where they can log in to a computer and they frequently forget how to get into VPN."

Using analytics
In addition to a modern, streamlined IT infrastructure which integrates and works across states, Ryan saw potential to get granular with all the data these systems collect. One issue Ryan wants to use the cloud for is employee retention and to anticipate when there might be turnover in certain areas of the business.

Specifically, Ryan explains there is high industry turnover with certified nursing aids, as well as registered nurses. With the new cloud-based HR system coming online, Ryan plans to use the analytics that comes with it to rework the company's recruiting process, as well as rethinking employee retention plans. 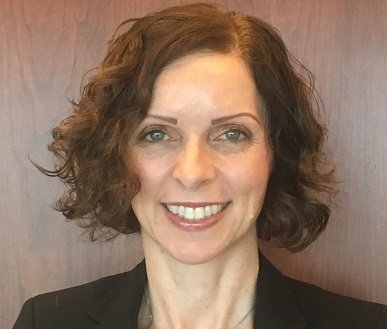 "What we're hoping is that once we have this system implemented, we can help our communities better understand who they should target, where they should target for recruitment to mitigate high turnover, but then also how to mitigate the actual turnover itself," Ryan said. "So, using those analytics to track people who take a lot of sick leave for example, and maybe aren't performing very well  taking all of that data to see where are we going to have turnover. That's a basic example, but that's one where we'll add a lot of value to our communities."

There are other benefits to streamlining the system, including how some workers are reimbursed, especially if LCS is providing some services while the employee works for a different company.

The decision to move the HR department to the cloud was not decided by the department alone.

Heston, who spearheaded the effort by the HR department, approached the top management, as well as the CIO, who also had opinions about what the cloud could do for the company. Ultimately, the company settled on Oracle Human Capital Management (HCM) platform and will use the software giant's cloud to support all this.

Cost savings
The core of this cloud rollout will happen at the company's Des Moines headquarters, and Heston and Ryan hope to offer these services out to the facilities that they oversee and the other companies they work with and provide services to.

At the same time, Heston said the project is expected to be cost neutral for the company, paying for itself in the long run. Even though some functions, such as payroll, will be more automated, he expects that the staffing levels will remain the same as the company grows and takes on management of more communities.

"We just basically looked at a system-to-system basis, and we were able to get it to very, very close to cost neutral from that standpoint," Heston said. "So, do we believe that there are going to be cost savings? Absolutely."

kq4ym 6/8/2017 | 9:15:50 AM
Re: Smart analytics That industry does seem to have a higher than normal turnover of employees. Hopefully, analytics will allow the management to figure out just why that is and make adjustments accordingly. Although as a guess, I would say that the long hours and diffucult and stressful work most of the on-site folks have to do is a contributing factor along with wages that probably are not that high for the average worker. Whether management will be able to adjust work conditions and salaries remains to be seen.
Reply | Post Message | MESSAGES LIST | START A BOARD

[email protected] 5/31/2017 | 12:29:23 PM
Re: Smart analytics Scott it's a very valuable add and will add to retention I expect in the long term as the employer will get historical data to trend and use for predictive analytics. Nice value add to the product suite!
Reply | Post Message | MESSAGES LIST | START A BOARD

JohnMason 5/31/2017 | 12:01:04 PM
Re: Smart analytics I wonder what else their package does in the way of managing employee turnover besides things like automatically watching for too many sick days. If retention is the point, I wonder if some of the tools that Facebook uses to influence (or at one time used to influence) users may be deployed in HR for retention. You know, using protocols to make people want to stay engaged.
Reply | Post Message | MESSAGES LIST | START A BOARD

Scott_Ferguson 5/31/2017 | 7:29:20 AM
Re: Smart analytics @Maryam: The one other intersting part about that and I couldn't get into it for the article is that the analytics was added as part of the cloud package they were buying. It wasn't something they asked for upfront but once they saw it, they said it opened up a lot of possibilities and since the turnover is high in their industry, they felt it was a big add.
Reply | Post Message | MESSAGES LIST | START A BOARD

[email protected] 5/30/2017 | 11:08:29 PM
Smart analytics As the labor market is tightening the capability to help manage attrition and employee turnover will be key to keeping the facilities running at high levels of service and efficiency. I am glad they built smart analytics into the system that helps HR departments plan for resource shifts and cost implications so many other software solutions offer monitoring but with little interpretation.
Reply | Post Message | MESSAGES LIST | START A BOARD

JohnMason 5/30/2017 | 9:58:45 PM
Transition If the cost savings of going to the cloud offset the cost of actually moving (that is, the transition costs), then it sounds like a slam dunk. Smaller than expected barriers!
Reply | Post Message | MESSAGES LIST | START A BOARD
EDUCATIONAL RESOURCES
sponsor supplied content
IDC Whitepaper: Key Considerations When Operationalizing Artificial Intelligence Strategy
Design Guide: best-in-class hybrid IT infrastructure with AWS Outposts
Blueprint: optimize data exchange with AWS Outposts
Ericssons Cloud RAN e-book: A comprehensive guide to adopting, deploying, and scaling virtualized 5G in your networks
The Four Key Components of Cloud RAN
How to get the most out of 5G mid-band in Cloud RAN
QCT Introduces New Innovative Family of Edge Servers for the Telco Marketplace.
TOOL - Interactive Experience: Learn how to Evolve your Architecture and Monetize Next Generation Metro and Edge Networks
Whitepaper  Achieving IP/Optical Convergence: Building from Existing Networks
Executive Guide  Enabling Next-Generation Metro and Edge Networks for Communications Service Providers
Educational Resources Archive
More Blogs from Scott Ferguson
Podcast: Agile IT & the Rush Toward Digital Transformation - Sponsored by SAP