Blockchain Bulletin: To Berzerkeley & Beyond

Blockchain is going through delightful time in its development, with some businesses prototyping serious applications that will transform the global economy, while other people fly crazy schemes that will succeed at nothing but attracting funding from people with more money than brains.

And it's sometimes hard to tell the two apart. We know from the history of Internet commerce that some ideas that seem crazy will prove successful (who would ever buy shoes over the Internet?), while other ideas that seem quite reasonable will fail.

Herewith five recent blockchain business proposals; come back in ten years and tell us which ones succeed and which ones are spectacular failures. 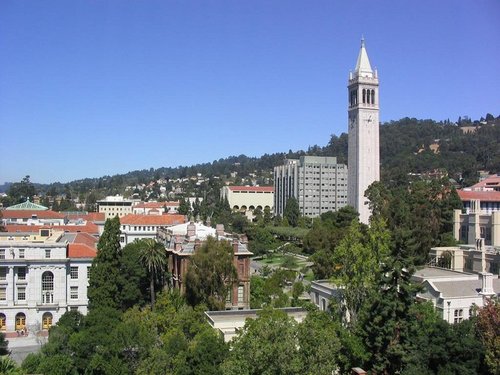 The city of Berkeley, Calif., is exploring the launch of an initial coin offering to raise funding for affordable housing, as it faces the threat of being cut off from federal funding by President Donald Trump, who has threatened sanctuary cities and specifically targeted Berkeley in tweets. What Berkeley is doing is basically a high-tech version of a municipal bond offering, with blockchain "tokens" standing in for bond certificates, streamlining the investment process and adding some sexy blockchain razzle-dazzle to an otherwise boring investment. Photo: [GFDL] or [CC-BY-SA-3.0], via Wikimedia Commons
Keep up with the latest enterprise cloud news and insights. Sign up for the weekly Enterprise Cloud News newsletter.

Jesigne 4/25/2018 | 11:38:30 AM
Great news I'am litte cautious about Bitcoin but I'm definitely bullish on the blockchain technology. I hope it's going to achieve some great things!
Reply | Post Message | MESSAGES LIST | START A BOARD

mhhfive 2/12/2018 | 2:33:51 PM
ICO for a city? Hmm Berkeley seems to just be doing a new marketing spin on a municipal bond? So as long as a normal bond for the city would work.. an ICO should work too. Right?
Reply | Post Message | MESSAGES LIST | START A BOARD

mhhfive 2/12/2018 | 2:31:09 PM
Re: Everipedia Hmm. Given that Wikipedia already accepts bitcoin.. how is Everipedia different or better? There have been a few attempts to copy Wikipedia with for-profit or other motivations -- and they haven't worked out. So I'm highly skeptical of Everipedia... Unless there's some reason that whatever it's doing is different/better than previous efforts? I assume it will pivot its mission....
Reply | Post Message | MESSAGES LIST | START A BOARD

Susan Fourtané 2/10/2018 | 10:36:33 AM
Everipedia Wow, Mitch. Everipedia raised $30 million for its blockchain-powered crowdsourced encyclopedia? I think that if we check in ten years time, as you suggested, we are going to see that Everipedia is still alive. And perhaps a new Xpedia has emerged from some evolution of Blockchain.
Reply | Post Message | MESSAGES LIST | START A BOARD
EDUCATIONAL RESOURCES