These days, even Disney shops Amazon.

Disney plans to use AWS cloud services within its Media Networks, Parks and Resorts and The Walt Disney Studios. 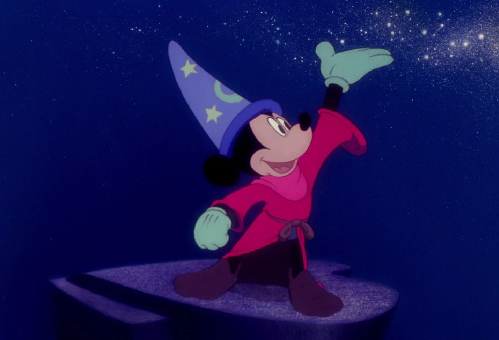 "Expanding our strategic relationship with AWS and making AWS our preferred public cloud infrastructure provider aligns with our overall technical strategy," Charles Weiner, the senior vice president for Enterprise Infrastructure Services for The Walt Disney Company, noted in a November 29 statement. "We have had success modernizing our IT operations and transforming the digital presence of our brands using AWS. We look forward to our continued collaboration as we accelerate our Digital Platform migration to the public cloud."

Although it signed a deal with AWS, Disney remains one of the most high-profile customers for Google Cloud Platform and both companies have made a big show of their agreement over the past year. (See Google: Still the New Kid in Enterprise Cloud.)

It's not clear how Disney will split its cloud needs between Google and AWS. However, a growing trend among large enterprises is to use two or more of the large public cloud providers as part of a multicloud infrastructure. (See Multicloud Can Lead to Management Nightmare  Survey.)

In addition to Disney, AWS announced that the NFL, along with Expedia, have signed on to use the company's cloud services.

The NFL plans to use AWS's machine learning and analytics services to enhance the accuracy and speed of its Next Gen Stats platform, which the league uses to track player statistics. The NFL uses RFID tags implemented within equipment and footballs to create streams of data that the AWS platform then analyzes and sends back to the league, as well as to fans and other third-party applications.

For its part, Expedia has been using AWS since 2013 to support several large-scale projects, as well as 4,000 different applications. Now, Expedia will expand that relationship and standardize on Amazon, including using the company's machine learning technologies. In addition, Expedia plans to migrate its databases from Microsoft SQL Server and Oracle to Amazon Aurora.

Earlier this week, Turner, which is owned by Time Warner and oversees TV brands such as TBS, TNT, CNN and others, also signed a deal with AWS to help create cloud-native apps. In addition, Turner will move about 15 petabytes of archived video from CNN to AWS.

Susan Fourtané 12/9/2017 | 3:36:45 AM
Re: playing both sides Not putting all the eggs in one basket could be one reason. Another reason could be to keep both AWS and Googles in check. Knowing they are competing none of them will rise their offers to Disney too high. Otherwise Disney could decide to keep only one of them. Now that is smart.
Reply | Post Message | MESSAGES LIST | START A BOARD

kq4ym 12/8/2017 | 9:35:17 AM
Re: playing both sides Yes, very interesting how Disney choses both AWS and Google for services. Not putting all their eggs in one basket probably is a good thing and keeps "friendships" going with both while providing a bit of competition between them to give Disney a bit of special service and pricing advantages over time as well.
Reply | Post Message | MESSAGES LIST | START A BOARD

[email protected] 11/30/2017 | 11:27:13 PM
Re: playing both sides Joe very interesting perspective I hadn't thought of it that way but often times the inventor needs a little finesse to perfect their invention! Obviously, when Jobs took over the reins of Apple his vision elevated its design and its technology but in its struggling days, the analogy was probably very true!
Reply | Post Message | MESSAGES LIST | START A BOARD

Apple has since evolved a great deal, but it's hard to see how that's wrong in many respects.
Reply | Post Message | MESSAGES LIST | START A BOARD

[email protected] 11/30/2017 | 6:05:16 PM
Re: playing both sides Joe absolutely technology is now existing in an atmosphere where you must interact with your competitors to succeed Microsoft and Apple are a prime example and Amazon and Apple interoperability is key or a company and its hardware will not get the adoption they need to succeed.
Reply | Post Message | MESSAGES LIST | START A BOARD

danielcawrey 11/30/2017 | 4:48:49 PM
Re: Cloud Wars The NFL has been quietly doing this advanced anayltics thing for a while. It's almost like IoT, except instead of a thing it is acutally a player.
Reply | Post Message | MESSAGES LIST | START A BOARD

Joe Stanganelli 11/30/2017 | 2:15:08 PM
Re: playing both sides @mhh: There's so much competitive incest in the tech industry anyway that it kind of doesn't matter. It's common to have two tech giants partnered with each other on one project and suing each other related to another.
Reply | Post Message | MESSAGES LIST | START A BOARD

[email protected] 11/29/2017 | 11:40:45 PM
Re: Cloud Wars @ Ariella I completely understand that many go with the leader but I have been burned by that decision myself. Sometimes the leader does not provide the solution that is needed and it causes other issues or the flexibility is lacking. It would be interesting to know the driving factors for Disney and who else they considered.
Reply | Post Message | MESSAGES LIST | START A BOARD

Phil_Britt 11/29/2017 | 7:07:37 PM
Re: Cloud Wars AWS certainly seems to be coming out as the king of the hill right now, with Disney and other major wins. But AWS will need to keep innovating and keep all of the data secure to keeep that position, as other tech companies have found.
Reply | Post Message | MESSAGES LIST | START A BOARD
Page 1 / 2   >   >>
EDUCATIONAL RESOURCES