Automation in the Enterprise: Don't Forget the People

There are so many buzz words and hot topics that it's hard for a CIO to keep track of them all. Certainly one of these issues being discussed quite a bit these days is the concept of operational automation.

At face value this makes all the sense in the world.

If we can find ways to automate routine and mundane operational issues, we can lower the cost of addressing these responsibilities, as well as free up our valuable human resources to address higher value priorities. (See Will Automation Take All the IT Jobs?)

But in the immortal words of Coach Lee Corso on ESPN: "Not so fast!"

Here are some issues CIO should think about in order to effectively address automation in the enterprise:

First, no amount of automation will replace the knowledge and experience of a human being. However, setting the appropriate expectations of what success looks like is imperative. To me, getting an estimated 70% of routine operational issues automated is an initial goal that the CIO should aim for as the process begins. (See Workers Bracing for Sweeping Automation Changes.) 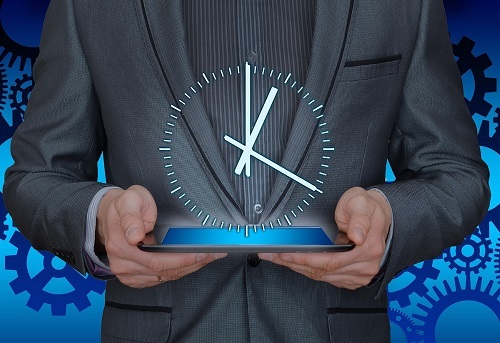 Where to start? I'd suggest IT tasks such as password resets, patch upgrades and other routine processes that don't require a high level of human input.

The second value is to get your top technologists out of the mix for addressing operational issues. When I was at Pfizer, I led a global team responsible for planning and innovation. But since these people were the top experts in their areas, clients had a knee-jerk reaction to reaching out to them whenever there was a problem.

It helps to reset expectations that some operational issues may take a bit longer at first to resolve. These subject matter experts are not going to invest their time in anything but the most mission critical operational issues. This is an important message to communicate and get buy-in from the rest of the company, as well as clients.

There's also the issue of resetting expectations for the people whose job hasn't been to put out these operational fires until now.

Many IT professionals suffer from a hero mentality. Much of their intrinsic reward and value comes from being the go to guy, or gal, who gets things done. Taking them out of the operational mix may make tremendous sense in terms of how to leverage their time and expertise, but you are eliminating the rush of solving problems and getting that pat on the back.

Helping these individuals understand that there is great value for them to add and that they can truly be difference makers in the new roles you are asking them to play is critical to the success of automating the more mundane operational tasks.

Finally, make sure that your people are working closely with the technology vendor who is bringing in the automation platform to do effective knowledge transfer. (See Network Automation: 3 Tips to Getting Started.)

Much of what people know about solving problems and addressing technology issues tends to be between their ears and not documented anywhere. For CIOs and IT leaders, ensure that you codify the knowledge they have arrogated over the years and incorporated that into the knowledge base for the automation platform you are implementing.

There are three legs to any successful project -- technology, people and process. It's critical that make sure you give the same level of focus and importance to the people and process related issues and dont just think you can automate operational issues by layering in new technology.

 Larry Bonfante is an award-winning CIO and the founder of CIO Bench Coach. You can follow him on Twitter.

Phil_Britt 10/2/2017 | 9:19:27 AM
People Do Count Amen to your thoughts. Automation can do plenty and can replace the mundane. But there are certain things that are best left to people, as you point out. Another issue is that people who see layoffs continue may jump ship before a company is ready to lose them.
Reply | Post Message | MESSAGES LIST | START A BOARD
EDUCATIONAL RESOURCES