At Amazon, It's OK to Be Gray

Hiring Gosling is nothing unusual for AWS, which has hired a slate of senior developers in their 40s and older, RedMonk analyst James Governor says in a blog post entitled "How AWS Cloud is demolishing the cult of youth."

"When you sit down with one of the AWS engineering teams you're sitting down with grownups. At a guess median age would be 40-45," Governor says.

Jeff Bezos himself was already 30 when he founded Amazon, compared with people in their 20s founding Apple, Facebook, Google and Microsoft, Governor says.

We don't know what Gosling will be doing at Amazon, Governor notes. Gosling is "just as likely to be designing a fleet of underwater delivery drones as driving programming language innovation." Before joining Amazon, Gosling's most recent job was at Liquid Robotics, beginning in 2011, where he worked on ocean-going robots and housing their data in the cloud. (See Java Inventor Gosling Flies to Amazon.)

"Some other older companies have older distinguished engineers because they grew up with the company. AWS is explicitly bringing that experience in," says Governor, who discloses that AWS is a client of his company.

Other companies don't have quite the reputation for age-friendliness as Amazon. Google is the target of an age discrimination lawsuit brought by two over-40 job applicants.

The median employee age was 30 in seven of 18 major tech companies surveyed in 2016 by PayScale, a provider of compensation data and software. 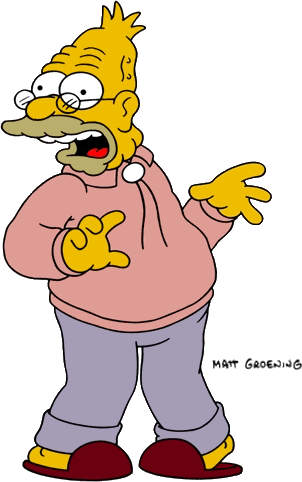 "We work with anybody but we have more workers in the mature range, 40-70," Withers tells Enterprise Cloud News.

Withers advises older job seekers to learn to market themselves, know their skills and how to share those, how to talk about achievements and what they've done well. They need to learn to network -- get past the gatekeepers to find the hiring managers and recruiters who can actually hire them.

Job seekers should use LinkedIn -- obviously -- but also cultivate relationships at companies they want to work at, as well as past jobs, associations and groups they've been with, Withers says.

Connections can come from formal and informal organizations such as Toastmasters, professional associations, or MeetUps. Or connections can come from anywhere. "One guy told us he played volleyball at his apartment and he talked to people, met someone who works at a company he wanted to work at and connected with her and met, through her, a hiring manager," Wither says.

"Don't necessarily ask them for a job but let them know you're looking for work," Wither says.

Over-40 workers in Silicon Valley describe making superficial changes to find new work. One woman over 50 changed her suits for more casual clothing, and boned up on current pop culture, eliminating references to Julie Andrews in The Sound of Music when conversing with younger employees.

But Withers advises against that kind of thing. "I often say to people, do you really want to work at a company where you have a manager who is superficial? Where you need to dye your hair? Or do you want to work at a place where you're appreciated for how you do your job?"

I saw an especial number of age-related claims years ago -- among many other employment beefs (people losing their jobs left and right back then).

JohnMason 5/29/2017 | 3:27:08 AM
Re: Refreshing There was a time not long ago when even people with those qualifications could not find jobs. I recall once trying to help someone find a job who was very well known for his contribution to email and IMAP. It took awhile for him to find something, likely because of his age (and the poor condition of the economy back then).
Reply | Post Message | MESSAGES LIST | START A BOARD

Joe Stanganelli 5/28/2017 | 6:33:16 PM
Re: Refreshing @kq4ym: It's interesting to note that most of the people mentioned in the article are people are *extremely* well renowned in their fields.

So, while the point is made that age is not a disqualifier at Amazon, the examples here chosen might suggest that one of "advanced" age might have to be exponentially exceptional -- debatably much more so than their younger peers -- to get that kind of work.

kq4ym 5/28/2017 | 4:31:06 PM
Re: Refreshing It is interesting to ponder if the head guy's age is a determining factor in age at companies and if it really matters in the end what the age of engineers might be. As noted Bezos is of a different temperment with his experience level at Amazon starting when he was not quite a spring chicken, while Zuckerman and his youthful orgin is convinced young folks are more intelligent. Quite a contrast.
Reply | Post Message | MESSAGES LIST | START A BOARD

Michelle 5/28/2017 | 2:38:33 PM
Re: Refreshing Agreed! This was a great article about tech hiring practices. Amazon should keep it up.
Reply | Post Message | MESSAGES LIST | START A BOARD

Joe Stanganelli 5/25/2017 | 9:40:21 PM
Offshoring Moreover, based upon what I've seen, when offshoring or H-1B/L-1 programs happen, it's often the older employees that are eliminated first.
Reply | Post Message | MESSAGES LIST | START A BOARD