Apple's Cloud Strategy Will Save the iPad

The iPad has been Apple's most disappointing product. It was supposed to be Steve Jobs' last revolution and the capstone of his career, replacing the PC for most people.

Not any more. This year will be the year Apple Inc. (Nasdaq: AAPL) turns the iPad around. And enterprise Amazon Web Services Inc. (AWS) will play a big part in that change. Apple laid it all out in its announcement Monday.

First, let's go back to the beginning: In a 2010 interview, just two months after the iPad launched, Jobs said Macs and Windows PCs are like trucks.

At first, all motor vehicles were trucks, to serve an agrarian America that needed trucks to get work done. But later more people moved to the city and needed cars -- less powerful, but easier to use. 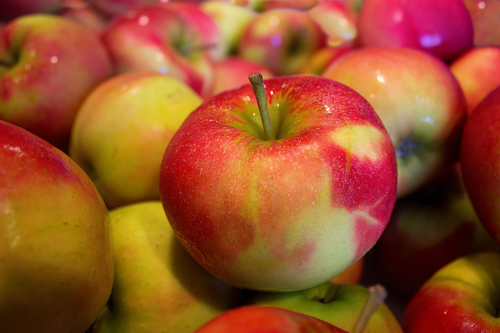 Jobs died the next year.

A big part of the problem is that iPad software isn't up to doing much of the work PCs have to do. New capabilities announced Monday as part of the next version of iOS 11, the operating system for the iPad and iPhone, fill that gap. (See Apple Tunes Up Siri & Cloud Services.)

One small change is a big deal: Apple is adding a Files app, to enable users to access documents stored on Apple's own iCloud service, and other cloud storage services, including Box and target="new">Dropbox. Until now, documents could be shared from within apps, and using third-party filesystem tools, but you didn't have a simple file manager, like the Finder on the Mac desktop, that allowed a user to open documents or easily move documents from one application to the next

That's important for enterprise users and anybody who wants to use the iPad for work. They need to be able to access documents locally, in the cloud, or on other devices, without hassle.

Add that to an array of new features in iOS itself: The operating system finally gets powerful multi-tasking, drag-and-drop, and cut-and-paste capabilities that rival -- or maybe even exceed -- tools available on the desktop.

Users can also move easily between the touchscreen and keyboard, and use the Apple Pencil to draw onscreen.

Put it all together and you get a powerful tool that users will come to prefer to their desktop.

Even before Monday's iOS 11 announcement, Apple had been laying the foundation for future iPad success at work, through partnerships with enterprise vendors.

SAP SE announced an Apple partnership in February, with support for the iPhone and iPad, as well as developer tools and training. (See SAP Floats Apple Partnership, New Cloud Services.)

There's more to come. On Friday, Apple will beef up its enterprise cloud capabilities with "Business Chat," allowing businesses to communicate with customers using Messages on the iPhone and iPad, and Apple Watch. (See Apple Adding 'Business Chat' to Messages, for Enterprise Customer Service.)

Phil_Britt 6/19/2017 | 8:25:53 AM
Re: But wait there's more! Apple has had no problem so far in charging premium prices and doesn't expect to with its announced pricing for its Echo competitor. If the pricing holds for that product, don't expect Apple to lose its pricing premium any time soon.
Reply | Post Message | MESSAGES LIST | START A BOARD

kq4ym 6/19/2017 | 8:16:51 AM
Re: But wait there's more! Apple has certainly been noted over the decades for the quality of construction not to mention the outstanding design of the products. But, whether there's still enough folks around that want to pay the premium for what some might call niche products, that competitors sell for way less bucks, is still something will remain to be seem over the months and years ahead for Apple.
Reply | Post Message | MESSAGES LIST | START A BOARD

Michelle 6/14/2017 | 2:45:15 PM
Re: But wait there's more! Same here. I have an iPad 2 and it still works great. Upgrading doesn't make sense when the older device works just fine. Will all versions of iOS get file management support?
Reply | Post Message | MESSAGES LIST | START A BOARD

Cost breakdowns make it look like Apple is getting more price competitive with DIY builds of high end PCs. So if you don't want to build your own high end desktop with custom features, you could just get an iMac Pro?
Reply | Post Message | MESSAGES LIST | START A BOARD

kq4ym 6/12/2017 | 10:03:09 AM
Re: But wait there's more! I haven't been an Apple customer for over a decade although in earlier years was all Apple. Over the decades I've gone for "more bang for the buck" and I suspect that although the products are fantastic, there's still some resistance by folks like me to paying a premium for the Apple line. It will be interesting see if Apple's version of the pad can capture the market over time though moving folks from their phone to another device for different purposes.
Reply | Post Message | MESSAGES LIST | START A BOARD

Phil_Britt 6/12/2017 | 3:23:17 AM
Re: But wait there's more! One can certainly go longer with many Apple products (maybe not iPhones). One daughter is extremely happy with a used iPad, while the other still uses a circa 2011 MacBook, with no pressing need to upgrade.
Reply | Post Message | MESSAGES LIST | START A BOARD

Ariella 6/9/2017 | 12:35:03 PM
Re: But wait there's more! @mhhf1ve so we can have fun speculating on possibilities. AR does seem to be an area of growing interest for various applications and industries. It does make sense for Apple to capitalize on that now.
Reply | Post Message | MESSAGES LIST | START A BOARD

mhhfive 6/9/2017 | 12:19:20 PM
Re: But wait there's more! I didn't look too deeply into it, but I assume the AR kit must work with *some* kind of hardware-- and I think iPhones and iPads should be included. Not sure how the Apple Watch would work with AR, and I doubt there are any details of a yet unannounced wearable from Apple....
Reply | Post Message | MESSAGES LIST | START A BOARD
Page 1 / 2   >   >>
EDUCATIONAL RESOURCES