As 2017 comes to a rapid close, the last 12 months have been a time of rapid maturity for the cloud. Instead of focusing on how best to deliver software and other services to businesses, the cloud grew into a multi-faceted technology that is changing the way business is done, paving the way for digital transformation.

At Enterprise Cloud News, we have tried to chronicle how the cloud has changed over the past year, while trying to explain why these shifts in computing -- large and small -- are happening now and what readers can expect in the future.

Technology has a funny way of shifting throughout the course of a year, with something that seems vitally important in January rendered obsolete by December as the next shinny object captures the imagination.

Cloud is no different.

However, there are several episodes that happen during a 12-month period that stand out and show how far the industry has come and where it's likely to go. These events not only affect the cloud, but those technologies that draw on the cloud: artificial intelligence, the Internet of Things, analytics, containers, virtualization and security.

With that as the backdrop, ECN took a look back at the year that was 2017 to list the ten cloud computing stories that not only shaped our understanding of the technology, but also point to how the cloud is poised to change in 2018.

As no list is ever definitive, let us know in the comments section if there's a story we missed, or a trend that's coming in 2018 that we should keep an eye on. 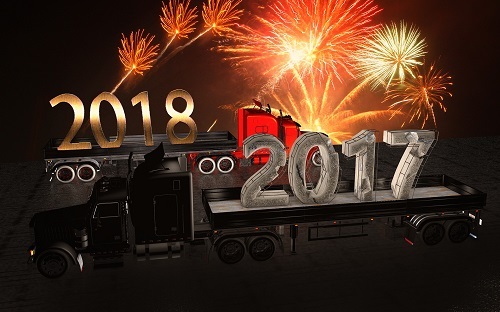