The launch comes as Forward Networks announces $16 million in new funding, bringing the total it has raised to $27 million. The new round was led by DFJ, with participation from Andreessen Horowitz and A.Capital Ventures.

With the new freemium service, "Our goal is to maximally accelerate the pace and efficiency of network operations and the quality of work -- ensuring the network is always up, always ready for business," Forward CEO David Erickson tells Enterprise Cloud News.

As enterprises move applications to the cloud, network performance and reliability becomes increasingly important to ensure those applications can communicate.

Forward's service builds a behavioral model of a user's network, to reduce problems, find the causes of problems that do occur, and predict the effects of network changes.

Forward was founded in 2013 by four PhDs in computer science and networking who worked at Professor Nick McKeown's group at Stanford University. That group created software-defined networking and launched Nicira Networks. That startup was acquired by VMware in 2012 for more than $1 billion and became the backbone of VMware's SDN business unit, Erickson says. (See VMware to Buy SDN Startup for More Than $1B.) 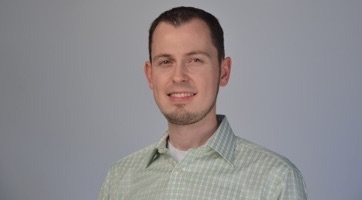 Forward CEO David Erickson
Keep up with the latest enterprise cloud news and insights. Sign up for the weekly Enterprise Cloud News newsletter.

Forward Essentials is a new freemium service that provides the basics of Forward Networks' services. The free version tracks up to 50 network devices and thousands of endpoints, collecting data once daily and retaining it for a week. Forward Essentials also offers a paid version, with an unlimited number of devices monitored, unlimited frequency of data collection and a year's retention, for $2 per network device per month.

Forward Essentials is available immediately in beta, with general availability in the fourth quarter.

In addition to managing physical devices, Forward Networks works with virtual devices in the cloud, such as F5 load balancers, Palo Alto firewalls, as well as virtual network devices from Check Point and Cisco, Erickson says.

Like Forward Networks, both Cisco and startup Apstra are focused on intent-based networks. The services are complementary and work together, Erickson says. Those companies are focused on using intent to program devices, whereas Forward verifies the current behavior of the network and whether it meets intent, he says. (See Cisco's 'Network Intuitive': A Risky Transition and Arista Co-Founder Backs Network Automation Startup.)