Enterprise data analytics provider Cloudera has completed its merger with competitor Hortonworks, the company said Thursday. The new Cloudera will focus on delivering analytics from any cloud, from the edge to core, using artificial intelligence and 100% open source.

The two companies announced their merger in October. Once fierce rivals, their bigger problem now is competition from industry giants such as Amazon Web Services Inc. and Microsoft Corp. (Nasdaq: MSFT), as well as specialized startups such as Databricks and Snowflake. (See Behind the Cloudera-Hortonworks Merger: 'The Enemy of My Enemy Is My Friend'.)

Cloudera and Hortonworks have complementary strengths -- Cloudera with machine learning and AI, and Hortonworks with edge and IoT. Indeed, the short statement from Cloudera Inc. announcing the merger Wednesday twice uses the phrase "from the edge to AI" (which doesn't actually make sense but yeah, whatever, two buzzwords in five words so I guess that's a marketing win). 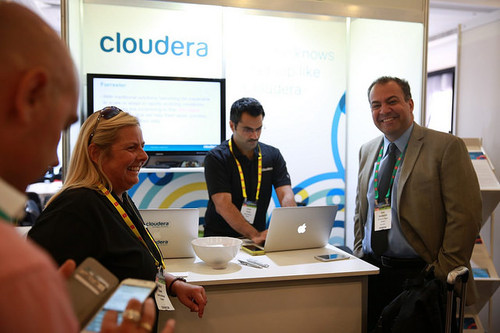 Though Cloudera is billing the deal as a merger of equals; Cloudera stockholders get about 60% of the new company, with Hortonworks stockholders having the remainder. Tom Reilly, CEO of the old Cloudera, will continue as boss of the combined company. And the new Cloudera has about $720 million in revenue with more than 2,500 customers.