That was unexpected: In a late-night Tuesday announcement, Salesforce said its charismatic founder and CEO, Marc Benioff, is getting a partner, naming COO Keith Block as co-CEO.

Benioff, "who continues as Chairman of the Board, will lead Salesforce's vision and innovation in areas including technology, marketing, stakeholder engagement and culture. Block will lead the company's growth strategy, execution and operations," the company said in a statement. (See Salesforce Names COO Keith Block Co-CEO.)

Congrats ⁦@KeithBlock⁩ on becoming the co-ceo of Salesforce! We've had an amazing 5 years & I am thrilled to extend our partnership as co-ceos leading Salesforce to over $20B in revenue & beyond. I couldn't be more excited for our future together. https://t.co/eygW6liz6m 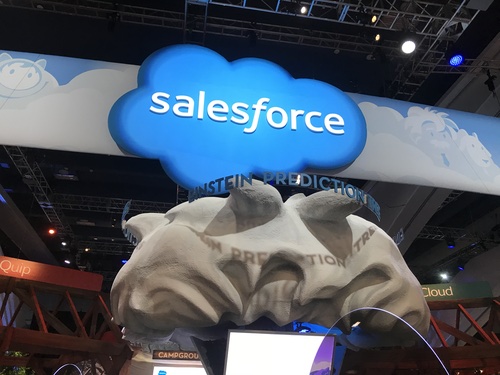 Block has been vice chairman, president and a director since he joined Salesforce.com Inc. in June 2013, and was named COO in 2016.

Both men trace their career routes to Oracle Corp. (Nasdaq: ORCL). Prior to joining Salesforce, Block was Oracle's executive vice president of North America Sales and Consulting. Benioff was at Oracle 13 years before founding Salesforce in 1999, and pioneering the software-as-a-service business model.

It's unusual for tech companies to have two CEOs, but the Salesforce apple doesn't fall far from the tree in this regard; Oracle has two co-CEOs, Mark Hurd and Safra Catz.

In its most recent quarter, ending May 29, Salesforce achieved $3.01 billion revenue, an increase of 25% year-over-year, and 22% in constant currency, and surpassed a $12 billion annual run rate.