Nutanix is planning to roll out a series of updates to its Enterprise Cloud OS that look to address customer needs when it comes to DevOps, as well as enterprises that are developing applications that move between various clouds.

The hyperconverged and software-defined data center company is planning to announce these updates at its .NEXT European conference in Nice, France, on November 8. However, a firm release date for these features was not disclosed.

The Nutanix updates include support for object storage, new features to support CPU-intensive workloads such as in-memory databases, and an application store to allow teams easy access to tool and other resources to help build applications faster.

The goal is to allow enterprises to develop cloud-native applications faster and help manage these workloads across a multicloud environment since many businesses are using a mix of different cloud services, especially infrastructure-as-a-service (IaaS) platforms. 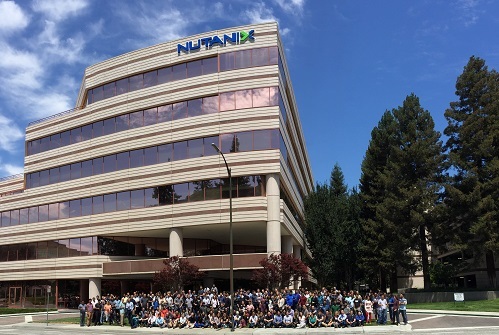 "IT managers are being pushed to deploy datacenter infrastructure that not only runs their business applications efficiently, but also provides cloud-like services that can be consumed by internal application development teams," Sunil Potti, the chief product and development officer for Nutanix, wrote in a statement released Thursday.

Over the last year, Nutanix has looked to create a bigger role for the company's software to manage and control hyperconverged infrastructure within the enterprise data center, as well as applications and workloads that move between public and private clouds. (See Nutanix Buddies With Google, Tackles Hybrid Cloud.)

While the company has roots in software-defined storage, Nutanix has moved further into hyperconverged, where the compute, storage and virtualization are all combined into one fabric.

Nutanix has both a rivalry, as well as partnerships, with the big three hyperconverged providers -- Dell EMC, Hewlett Packard Enterprise and Cisco -- since those companies are also looking to use their own software to control this fabric. At the same time, Nutanix software runs on their hardware.

The company also has a partnership with IBM. (See AWS, Despite Slowdown, Reigns Over Cloud Market  Report.)

In addition to these updates, the company plans additional capabilities and performance enhancements to AVH, the name of the Nutanix hypervisor. There is also support for Intel's upcoming Skylake chips.