"For us, it's a big deal," Boris Renski, Mirantis co-founder and chief marketing officer, tells Enterprise Cloud News. "It marks the first time we've ever done something not on premise and moving to a public cloud paradigm."

Until now, Mirantis has offered OpenStack and Kubernetes distribution, management tools, and professional services on premises. Now, Mirantis is extending that to Amazon Web Services Inc. , managing everything with the same tools, including Mirantis's DriveTrain for software lifecycle management. (See Mirantis Charts Course Far Beyond OpenStack.) 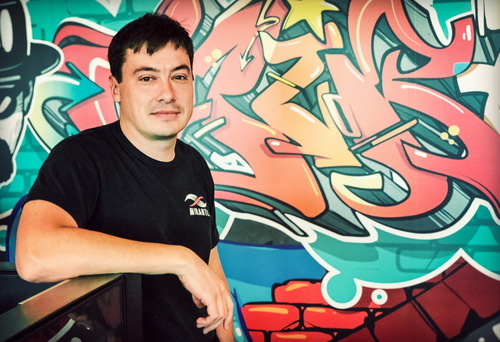 Mirantis's support for Kubernetes on AWS is a step in a big change of strategic direction for Mirantis. Historically, Mirantis focused on providing an OpenStack distribution with support services. Now, it's transitioning to providing services for enterprise cloud using open source software -- including, Renski emphasizes, OpenStack.

Mirantis sees the business model of providing open source software distributions as drying up, but services are a sustainable, ongoing business, the company believes.

When Mirantis announced its change of direction, competitors were quick to jump in and claim Mirantis is abandoning OpenStack. Not so, Renski tells Enterprise Cloud News.

"OpenStack remains the majority of what Mirantis does," he says. "We're still committed to OpenStack. But instead of focusing on OpenStack distribution, we would put everything we've got around operations and operations tooling."

Renski sees Amazon as a role model for Mirantis. Amazon has the philosophy that to build a sustainable business, a company needs to build competitive advantage around things that remain constant, rather than things that change. Software, such as OpenStack and Kubernetes, goes in and out of fashion, Renski says. "But what doesn't change is that when it comes to infrastructure, companies want maximum efficiency and minimal lock-in," he says. Ten years from now, enterprises might no longer want Kubernetes or OpenStack, but enterprises will then still want maximum efficiency and maximal vendor freedom.

Joe Stanganelli 10/10/2017 | 5:04:25 PM
Re: Makes sense @maryam: Thought leadership is a form of marketing. It's the new term for content marketing and influence marketing, in most cases.

[email protected] 9/29/2017 | 9:29:24 AM
Re: Makes sense Very true and need to be wary of the thought leadership that pushes a specific solution from a specific company--then it's not leadership it's just marketing.
Reply | Post Message | MESSAGES LIST | START A BOARD

Joe Stanganelli 9/29/2017 | 6:02:51 AM
Makes sense I guess we should have seen it coming, particularly given the new book by a couple of Mirantis authors that came out earlier this year (Understanding OPNFV: Accelerate NFV Transformation using OPNFV, by Amar Kapadia and Nicholas Chase) that delves into the open, virtualized cloud perspective. Thought-leadership campaigns tell all.
Reply | Post Message | MESSAGES LIST | START A BOARD

[email protected] 9/26/2017 | 6:03:10 PM
The decision and the consequences As cloud security improves over time the public cloud will not seem as daunting and restrictive and insecure as it does to many companies today. The challenge for many companies is understanding when the private cloud works for them and when they absolutely need a private solution. As we evolve it will become an easier decision and their may be more flavors of the cloud to come!
Reply | Post Message | MESSAGES LIST | START A BOARD
EDUCATIONAL RESOURCES