Microsoft took aim at Google with the introduction of an enterprise container support service in Azure on Wednesday, designed to broaden support for containers beyond developers and into the enterprise.

Microsoft launched Azure Container Instances to make it easier to deploy containers, without the need to deploy and manage virtual machines, according to a post on the Azure blog Wednesday by Corey Sanders, Azure director of compute.

ACI is designed for flexibility. It's billed by the second, and can be sized by memory and virtual CPU. "Your containers won't be billed for a second longer than is required and won't use a gigabyte more than is needed," Sanders says. 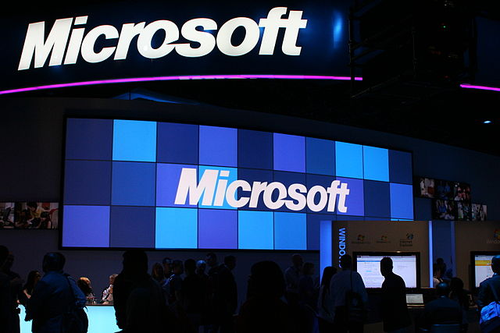 ACI is available now for Linux in public preview, and Windows within a few weeks, Sanders says.

Enterprises can use Kubernetes to manage their Azure containers, as Microsoft is open sourcing ACI Connector for Kubernetes, to use Kubernete clusters to deploy Azure Container instances.

And Microsoft is joining the Cloud Native Computing Foundation as a Platinum member. which hosts multiple cloud related open source projects for containers, scheduling and microservices, including Kubernetes. Platinum is the highest level of membership, priced at $370,000 annually.

ACI "sits Microsoft firmly in the game of containers," Roy Illsley, Ovum lead analyst for virtualization and cloud computing, tells Enterprise Cloud News. "Currently, if you want to do containers, you do it yourself, which is a nightmare, or go with people with a containers-as-a-service offering."

Microsoft has wisely positioned its service as a simple technology to appeal to the enterprise, rather than containers' traditional developers' market. "With this service, what Microsoft is saying is you can deploy these containers and position these containers as simply as you can a VM," Illsley says. Microsoft's strategies will allay enterprise fears of container complexity.

Michelle 7/27/2017 | 11:44:37 PM
New new Does this mean we're officially seeing the start of the container wars? I assume pricing is competitive with Microsoft (at least introductory).
Reply | Post Message | MESSAGES LIST | START A BOARD
EDUCATIONAL RESOURCES