IBM is enhancing its "Cloud Factory" tools to automate migrating legacy applications to multiple clouds, speeding up the time to convert existing applications to microservices for improved agility and scalability.

IBM's goal is to help enterprises both migrate to the cloud and modernize applications into microservices components. Modernizing can help improve scalability, speed up upgrades and maintenance, and rewrite applications written in older languages, such as Assembler and Cobol, where it's hard to find programmers conversant in the software, Brown says.

Modernization into microservices makes it easier to rewrite the user interface to support a variety of platforms, including desktop and mobile, and reduces outages, Brown says. 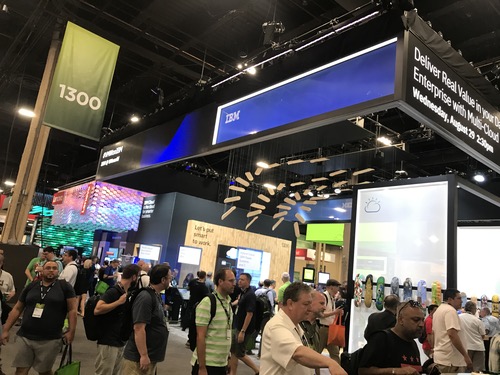 Additionally, IBM is extending its partnership with ServiceNow to help enterprises manage IT resources across multiple clouds.

Multicloud is behind IBM's planned $34 billion acquisition of Red Hat Inc. (NYSE: RHT), announced last month. IBM wants to enhance its position as a trusted broker helping enterprises move applications to Amazon, Microsoft, Google, Amazon, IBM's own cloud, and SaaS providers. (See IBM-Red Hat: A Crazy Plan That Might Work, How Red Hat Could Give IBM's Telco Strategy a New Lease of Life and Is IBM Late to the Multicloud Party?.)