IBM and Docker are expanding their existing container partnership to focus more on helping customers migrate workloads and applications to the cloud, especially public cloud infrastructures.

The two companies are announcing the expanded agreement at Dockercon Europe on Wednesday. (See Docker Climbs on the Kubernetes Train.)

In a blog post, Jason McGee, vice president and CTO of IBM Cloud Platform wrote that Docker and Big Blue have a relationship dating back to 2014. In the three years between, more companies have started to use containers to move their applications from on-premises data centers to cloud, especially public ones. 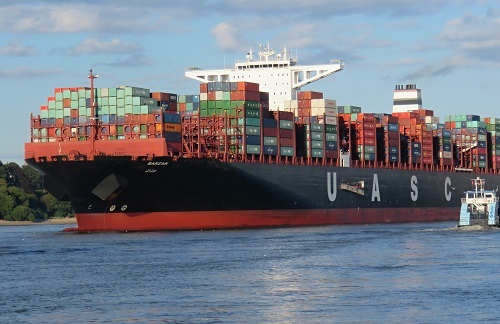 "As more companies look to migrate critical infrastructure and workloads to the cloud, they need to do so in a way that is efficient, secure, and cost effective. You may have already found that containers are the perfect solution, especially when moving from one computing environment, such as a physical machine in a data center, to a public cloud," McGee wrote on October 18.

The first is the establishment of Docker Enterprise Edition for IBM Cloud.

This allows enterprises to bundle their applications and workloads into containers and then move them from the data center to the IBM public cloud. In addition, it also allows developers to connect and integrate different services from IBM into the applications, such as Watson for cognitive computing, as well as other artificial intelligence and machine learning capabilities.

Finally, IBM will publish some of its software in the Docker store, including WebSphere Application Server, WebSphere MQ, and IBM DB2 database. This will allow customers to quickly get images that they need as part of shifting applications to containers.

kq4ym 10/26/2017 | 10:58:26 AM
Re: partnership It would seem that IBM is shifting a bit to reach forward with new business to stem that trend. The not so great finanials are probably lighting a fire at IBM to look to more activity in the cloud arena with hopes to improve profits and sales over the next years.
Reply | Post Message | MESSAGES LIST | START A BOARD

Ariella 10/20/2017 | 4:11:06 PM
Re: partnership @mhhf1ve well it does make sense to try something different if the old standby is not proving profitable.
Reply | Post Message | MESSAGES LIST | START A BOARD

mhhfive 10/20/2017 | 3:55:42 PM
Re: partnership I recently saw that IBM has had declining profits (but is still profitable) for some record number of months (22 or so?). I assume partnerships may be a strategic attempt to curtail that trend somehow by diversifying revenue streams.
Reply | Post Message | MESSAGES LIST | START A BOARD

Ariella 10/19/2017 | 1:18:25 PM
partnership I notice that IBM has formed a number of partnerships in the past few years. Is this business approach standard for Big Blue or part of a change in strategy?
Reply | Post Message | MESSAGES LIST | START A BOARD
EDUCATIONAL RESOURCES