Microsoft's $7.5 billion GitHub acquisition, announced this week, will give the software giant the power to conquer the cloud, the way it conquered the desktop a generation ago.

That's the same formula Microsoft used to build a desktop monopoly in the 80s and 90s: Make it easy for partners to develop software that runs on Microsoft platforms, and capture the customers who need to deploy that software. Back then, the platform was Microsoft Windows and DOS, today the platform is Azure.

Microsoft said Monday it plans to acquire GitHub, the open source code repository, in a $7.5 billion stock swap, expected to close by the end of the calendar year. Microsoft swears it will maintain GitHub's independence and respect developer preferences. "Developers will continue to be able to use the programming languages, tools and operating systems of their choice for their projects -- and will still be able to deploy their code to any operating system, any cloud and any device," the company said in a statement Monday. But many open source developers are skeptical, and already fleeing GitHub for services they perceive as friendlier. (See Microsoft Swears GitHub Independence After $7.5B Acquisition.) 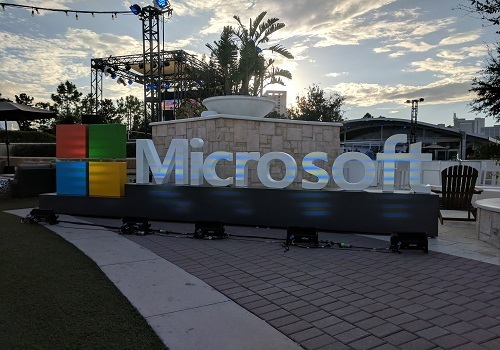 "The stakes are high and if they can pull it off, it'll be a key piece of redefining Microsoft in the eyes of modern developers," says Erik Carlin, Rackspace VP of product engineering. Rackspace provides professional services for cloud migration and operations, supporting all the major cloud providers, including Microsoft, as well as its own hosted, private clouds. (See Rackspace Snaps Up Salesforce Specialist RelationEdge .)

Carlin continues, "Microsoft can't afford to jeopardize GitHub as a trusted, technology-agnostic platform, so I expect them to keep GitHub separate, further expand the number of cross-platform integrations, and do everything they can to ensure GitHub remains the de facto place for code on the web."

He adds, "Microsoft will of course make sure GitHub works well with Azure, Visual Studio, etc., but I don't see GitHub becoming an exclusive Microsoft walled garden as would be the case in days past. GitHub is the key to capturing developers and winning their trust, so Microsoft will want that net to be as wide as possible."

Next page: Long history of hatred

mhhf1ve 6/9/2018 | 1:59:31 AM
Re: Weapon being unloaded Initial migrations away won't continue for long. I don't think this is a Flickr-esque situation where many users feel their work will be abused after the acquisition is complete. That said, there will likely be lots of scrutiny over the next change in the terms of service.
Reply | Post Message | MESSAGES LIST | START A BOARD

PaulERainford 6/8/2018 | 6:52:26 AM
Here come the Gits To under-educated Brit ears, 'GitHub' sounds like a private club made up of thoroughly unpleasant people. Think the Freemasons or Donald Trump's inner circle.
Reply | Post Message | MESSAGES LIST | START A BOARD

alison diana 6/7/2018 | 5:16:57 PM
Re: Weapon being unloaded Yes, that does seem a little knee-jerk: If people are leaving in a few months -- after Microsoft's managers are in charge, employees are reporting to them, the MS philosophy and culture have had a chance to filter in (if that's the case), and so forth -- that's when Github and MS need to worry. Right now, it's more a case of people getting upset because of change and because it's Microsoft doing the acquiring - perfectly natural and expected. MS certainly have expected this; Github too, given the closeness of its community.
Reply | Post Message | MESSAGES LIST | START A BOARD