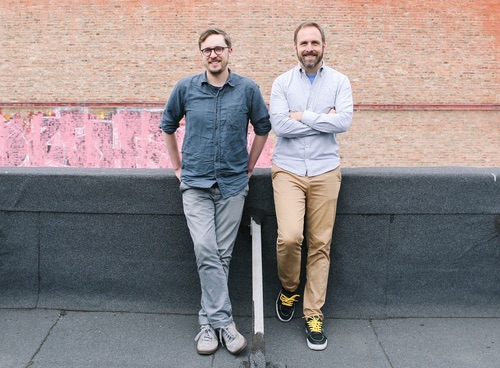 Morgan was an engineer at Twitter from 2010 to 2014 and Buoyant CTO Oliver Gould was an engineer there from 2010 to 2015. During Twitter's early years, the service was famous for its unreliability, and when it was down the web page showed an error message that became known as the "fail whale." Morgan says he and Gould payed a role in developing the infrastructure that made Twitter reliable.

What's Buoyant's business model? "That's always a question for an open source company. It's very early for us. We don't have this answer hammered out," Morgan says. First, Linkerd needs "an open and vibrant open source community," and Buoyant is now focused on building that. The software is in production at companies including PayPal, AOL, online bank Monzo, Credit Karma and BigCommerce.

Benchmark Capital led the funding round, with additional participation from #Angels, a female-led investment group, and current and former Twitter executives. Also joining the round were previous investors A Capital Ventures, Data Collective, Fuel Capital, SV Angel and the Webb Investment Network.

Peter Fenton is joining the Buoyant board of directors, weeks after stepping down from the Twitter board. Fenton is general partner at Benchmark Capital and a member of the boards of Docker, New Relic, and Yelp.

kq4ym 7/16/2017 | 12:25:26 PM
Re: no business model yet? It's always astounding to me that investors put all that money into these startups without a earning history but a gamble of possible big time payoff in a few years. With a $14 million valuation and 13 employees, I can only dream of getting a dozen employees and find an investor willing to put up a million for each worker.
Reply | Post Message | MESSAGES LIST | START A BOARD

mhhfive 7/11/2017 | 5:17:22 PM
Re: no business model yet? Sure, investors can place their bets wherever they like. And it doesn't sound like Bouyant needs more funds right now, but for the type of service/product that they seem to offer, it still seems strange to me that this team can't be more definite about its business model.
Reply | Post Message | MESSAGES LIST | START A BOARD

mhhfive 7/11/2017 | 3:32:09 PM
no business model yet? Hmm. It's not like open source is immature now. There are several proven business models for open source companies... and I think the open source projects that haven't picked one yet, haven't figured out who their customers are, either.

I think it's a bit strange to say you haven't "hammered out" your business model for a company that doesn't require a network effect to work. Facebook and other social media companies need to grow and gain a network effect that increases its value to users, but the backend of those services don't necessarily depend on a network effect?