Docker Climbs on the Kubernetes Train

"With the next release of Docker, we're adding orchestration choice," Docker CMO David Messina tells Enterprise Cloud News. "You now have the option of Swarm or Kubernetes. In the same cluster, you can have both." 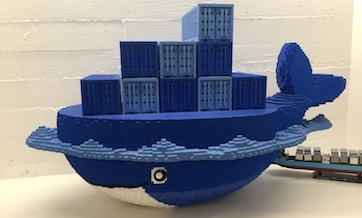 Docker sees Swarm as best for enterprise applications and for applications built with service-oriented architecture (SOA), a precursor to microservices that was in vogue eight to ten years ago. Kubernetes, the company contends, is more for platforms-as-a-service (PaaS) and web apps.

Adoption of Kubernetes often requires changing processes, governance, and how teams are organized, Messina says. "Our point of view is to meet the user where they are -- don't impose a disruptive model," he adds. PaaS platforms do the opposite, requiring users to change their business processes.

Support for Kubernetes as well as Swarm keeps developers and operations aligned with the same operating model across different app types and infrastructures, Messina says.

Kubernetes support is a big change for Docker, which in mid-2016 touted its own Swarm as superior to Kubernetes in that Kubernetes required teams of support specialists. (See Docker Targets Google Kubernetes.)

The past several months have seen a flurry of major vendors announcing support for Kubernetes.

And Microsoft launched an enterprise container support service on Azure, with Kubernetes compatibility, in July. (See Microsoft Fires Shot at Google With Containers.)

Docker is not on the scale of Amazon or Oracle, of course, but Docker's (and Mesosphere's) support for Kubernetes are noteworthy because the two companies pioneered container orchestration with rival technologies.

Joe Stanganelli 10/17/2017 | 5:19:05 PM
GOOG When Google's use of a tool is prolific throughout its organization and among its partners/developers, you can see which way the winds are blowing. This is a big development in the container world, but it's almost (almost) surprising Docker didn't go this way sooner.
Reply | Post Message | MESSAGES LIST | START A BOARD
EDUCATIONAL RESOURCES