In the weirdest combination since Felix Unger moved in with Oscar Madison, chipmaker Broadcom announced a deal Wednesday to acquire software vendor CA Technologies for $18.9 billion.

Broadcom Corp. (Nasdaq: BRCM) will look to CA Technologies (Nasdaq: CA) to help it "build one of the world's leading infrastructure technology companies," the chip vendor said in a statement Wednesday. (See Broadcom Buys CA Technologies for $18.9B .)

It's an odd combination, with no obvious synergies between the two companies. True, it's not unprecedented for hardware vendors and enterprise software companies to combine -- Oracle Corp. (Nasdaq: ORCL) acquired Sun Microsystems in 2010. But there was a continuum between the two companies' products: Sun made chips, servers and an operating system that could run Oracle's enterprise software. In the case of Broadcom/CA, there are several key missing infrastructure layers between Broadcom's semiconductors and CA's software.

A more close parallel is Intel Corp. (Nasdaq: INTC)'s 2010 acquisition of security vendor McAfee for $7.69 billion. That didn't work out at all; Intel spun McAfee out to management firm TPG early last year for a $4.2 billion valuation, with Intel keeping a 49% stake. (See McAfee's Independence Day.) 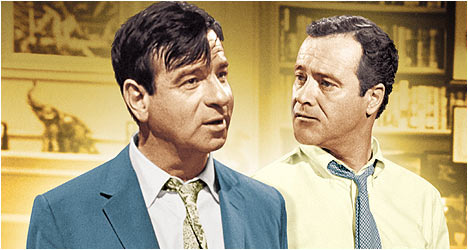 [Broadcom CEO Hock Tan] has built Broadcom by acquiring what he calls franchises. He looks at targets and identifies units and businesses inside those companies that he believes have a sustainable advantage, makes an acquisition then spins off or shutters everything else.

So that suggests that maybe CA Technologies has a business that's more sympatico with Broadcom, and Broadcom can then spin off the rest of CA's business.

That's the model that Broadcom followed when it acquired Brocade last year for $5.9 billion. That deal included a contingent agreement to spin out Brocade's Ruckus Wireless business to Arris Group Inc. (Nasdaq: ARRS) (See Broadcom Deal Is Done for Brocade.)

AT&T Inc. (NYSE: T) bought Brocade's Vyatta software -- also an acquisition that seemed peculiar at first, but it enables AT&T to control its own destiny as it virtualizes its network. (See AT&T Takes Charge With Vyatta OS Buy.)

Still, Broadcom is a provider of components for computers, smartphones and networking equipment. CA's software and services don't directly overlap in any way.

"Highly tangential" is one way to put it. "Nearly unrelated, like a bicycle and a geranium," would be another phrasing.

Still, the differences between the companies might help avoid the kind of regulatory scrutiny that nixed Broadcom's earlier attempt to buy chipmaker Qualcomm, which blew up earlier this year when President Donald Trump nixed the deal over national security concerns. (See Broadcom Formally Drops $117B Qualcomm Bid.)

We're looking forward to learning more about this combination. Tan has demonstrated a history as a savvy M&A artist; we're sure there's some dimension where this merger makes sense.

Phil_Britt 7/23/2018 | 3:39:28 PM
Re: Milking the cash cows I think that you are right about the company making more acquisitions. The goal could be building a communications conglomerate, but like GE eventually discovered, getting too far outside the company's area of expertise could make for a rollup and a relatively quick (unlike GE) divestiture.
Reply | Post Message | MESSAGES LIST | START A BOARD

mendyk 7/12/2018 | 4:10:56 PM
Re: Milking the cash cows There are many many people who would take issue with the notion that Jack Welch was a success in the long run.
Reply | Post Message | MESSAGES LIST | START A BOARD

While we have seen asymetric acquisitions like INTC-McAfee and ORCL-Sun Micro before, at least there is some business (not financial engineering) rationale. Intel was desperate to diversify and Sun Micro should have stayed a software shop with its Java and Unix and at least kept the techie at the helm. Having a succession of financial engineers to play engineers just didn't cut it. So Sun was real cheap.

The fact that Broadcom pre-selling BRCD before it was closed should give astute analysts pause. Why? Tech is about growth but it sold the growth part of the company. BRCD paid $1.2B for Ruckus but Broadcom sold it to ARRS for $800M with a bit extra.

Still, you have to start somewhere. I expect there will be more acquisitions in the future.

The trend in the last 25 years or so has been in the opposite direction -- tech companies specializing. However, pendulums swing.
Reply | Post Message | MESSAGES LIST | START A BOARD

I think the word you are looking for is conglomerate for example General Electric.  You have to have special management to be able to pull that off (see Jack Welch).

mendyk 7/12/2018 | 9:54:18 AM
Re: Milking the cash cows Agreed -- these are empire-building deals, rather than strategic acquisitions. The goal is overall growth and strong aggregate margins. Portfolio consistency is not a main consideration.
Reply | Post Message | MESSAGES LIST | START A BOARD

James_B_Crawshaw 7/12/2018 | 4:44:14 AM
Milking the cash cows It is a bit bonkers really and is presumably driven by financial engineering rather than electronic or software engineering. However, buying cash cows and selling off the low or negative margin sidelines is the same whether you buy Brocade or CA Tech. Broadcom is not behaving as a conventional tech company; rather it is a publicly-listed private equity company that invests in tech companies. So they'll keep the high margin mainframe business (>50% of revenue) and sell off most of the low margin enterprise business.
Reply | Post Message | MESSAGES LIST | START A BOARD
EDUCATIONAL RESOURCES