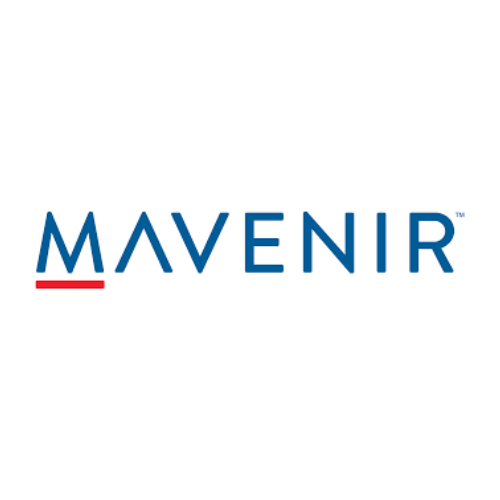 Initial commercial deployments for 5G SA are creating a buzz in the industry. When 5G was first available, some CSPs quickly upgraded their network to 5G NSA but discovered they still could not provide the newest services that needed ultra-low latency or network slicing.

Many CSPs are now running multiple cores to support existing subscribers and new use cases. Some CSPs may end up implementing 5G SA on a new mobile core and continue to deliver services on existing 4G EPC and 5G NSA cores. In such cases, the cost to maintain multiple cores will be higher than the costs of maintaining a single converged mobile core that supports multiple wireless generations (e.g., 2G-5G).

All CSPs will eventually move to 5GC SA, but the key question is the timing. What if CSPs could move NOW to a single converged core instead of waiting to reap the cost savings and revenue benefits later?

Mavenir has deployed a cloud-native Converged Packet Core that runs 5G SA and also supports previous standards such as 4G EPC and 5G NSA. This mobile core operates on an open architecture, is automated, runs on commercial hardware (COTS), and seamlessly integrates with 3rd party network functions. Its also fully microservices-based and runs in containers, which means it can run on any cloud  private, public, or hybrid.

Early Adopters Have the Jump

A TCO analysis by Senza Fili, commissioned by Mavenir, reveals how each year of delay in moving to a converged 5G core increases the costs of managing multiple mobile cores even more. The current delay penalties offset any future benefits. A late adopter can lose as much as 10% in the first year of delay and up to 36% in 5 years.

During the session, Leskaroski noted that the real value of a 5G SA core goes beyond the consumer model. The technology, new revenue, and operational possibilities that open up will shape the future of a CSPs business. Early adopters not only get a TCO saving but also may get many other benefits that translate into a competitive advantage and future-proofing network operations. Some of those benefits include:

For example, Mavenir is delivering a solution that keeps autonomous vehicles in mining operations continuously connected with 0% downtime. Currently deployed by an Australian company, the solution leverages reliable session continuity and redundancy to protect vehicles and employees.

The mining companys autonomous vehicles constantly communicate their location, direction and speed to a central data center for situational awareness. The Mavenir architecture ensures nearly instantaneous failover recovery, eliminating the need for manual intervention and oversight. Its an example of next generation networking that offers new service opportunities and ensures the integration of multiple architectures.

Taking the Opportunity to Go Cloud-Native

Going to 5G should not just be about going to new access technology. A big part of the transition should focus on moving to a cloud-native environment. Traditionally, most operators have deployed applications on their own on-premises or private clouds. But by moving to a cloud-native architecture using containers, the door is opened to the public cloud, hybrid cloud deployments, and even pay-as-you-go models. Its more than just providing one consumer use case. It can include enterprise use cases, edge use cases, and massive IoT use cases (e.g., connecting massive numbers of low-complexity, low-cost devices with long battery life and relatively low throughput speeds). Mavenir recently published a paper on service-based architecture (SBA) and the value it brings. With 5G SA and moving to an SBA, integrations that previously took three to six months can now be completed in weeks.

Bringing Innovation and Choice through Openness

Running multiple cores is inefficient AND avoidable with a cloud-native microservices-based converged packet core. Choosing to move to a 5G solution, such as Mavenirs Converged Packet Core, presents an opportunity to both save costs and move to a future-proofed network, deploying a cloud-native solution with open architecture and leveraging industry-leading processes for automation.

Read the analysis paper Move as fast as you can to the 5GC by Senza Fili to learn more about the potential savings of 36% in 5 years.

Like what we have to say? Click here to sign up to our daily newsletter
COMMENTS
Newest First | Oldest First | Threaded View
Add Comment
Be the first to post a comment regarding this story.
More Blogs from Partner Perspectives
Indosat Ooredoo Hutchison reflects on its transformation journey accelerate Indonesia Digital Transformation

At Digital Transformation World 2022 the CEO of Indosat Ooredoo Huchison (IOH) stressed the importance of digital transformation in his companys evolution. #sponsored

In breakfast forums on back-to-back days in Philadelphia next week, Light Reading will delve into the forces driving the overhaul of the cable HFC network and the push toward wireline-wireless convergence.

When Peter Parker, Spidermans alter ego famously uttered the ancient adage, with great power comes great responsibility, telcos probably werent at the top of his mind. Yet with their aspirations to transform into super-operators, blazing new and innovative 5G monetization trails, these carriers are well-placed to take the superheros words to heart.

To monetize your next-generation network with new and amazing use cases, you need to be able to deliver services with unprecedented levels of performance and reliability. Yet as the network grows in complexity to support these capabilities, you also need to ensure operations remain up to speed. This demands a gradual shift to hyperautomation, supported by integrated, dynamic orchestration and intelligent assurance. #sponsored This content is sponsored by Amdocs.