When Light Reading last spoke to Liliia Malon, Ukraine's telecom commissioner, war with Russia was measured in days. Seven months after Russian troops invaded, her main priorities have not changed. Above all, Malon wants to keep Ukrainians connected.

"One of the most important things in wartime is to be connected. Sometimes it is a matter of survival," she said.

Malon and her team at NCEC – Ukraine's regulator for electronic communications, radio frequency spectrum and postal services – continue to work tirelessly in securing urgently needed equipment donations, either from operators or suppliers, so damaged infrastructure can be repaired quickly. 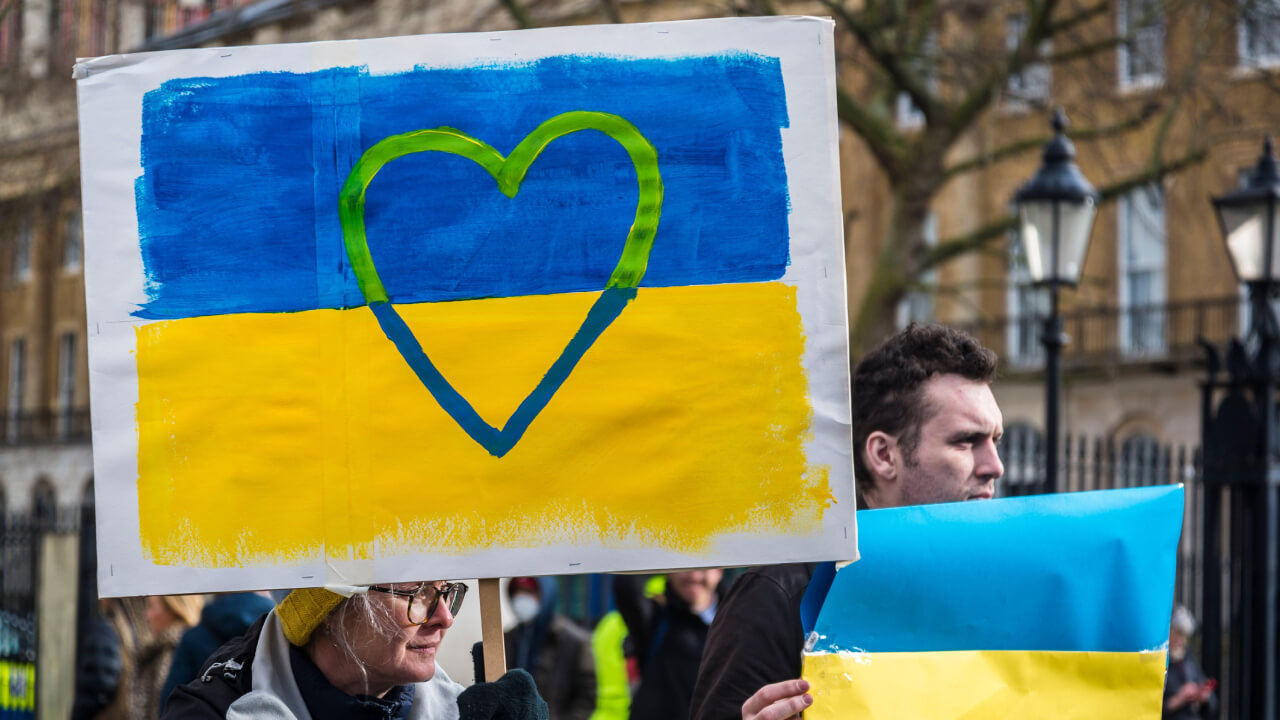 "One of the most important things in wartime is to be connected. Sometimes it is a matter of survival," said Ukraine telecom commissioner Liliia Malon.
(Source: Bjanka Kadic/Alamy Stock Photo)

Their efforts are paying off. One big breakthrough came in August when Ukraine took delivery of 3,500 items of telecom equipment from Telefónica Deutschland (O2 Germany), including baseband and remote radio units. The country's mobile operators are now using this equipment to repair networks in liberated Ukrainian territory.

"It was a huge donation and what we requested and really needed," Malon said. "To donate equipment means helping people first and foremost."

Free or affordable roaming for Ukrainians abroad is another way of keeping people connected. "Roaming is my personal target," Malon said.

She welcomed the signing of a joint statement in April by 24 mobile operators in the European Union (EU) so that Ukraine's three mobile operators – Kyivstar, Vodafone Ukraine and lifecell – can provide their subscribers with 'roam like at home' tariffs.

Since April the roaming agreement has been extended to 25 EU member states and even to some countries outside the EU.

It's now easier to donate

The tricky logistics of delivering O2 Germany's donated ICT tech to Ukraine took NCEC weeks to organize, working closely with donors, as well as national and international partners, under the auspices of the European Civil Protection Mechanism (UCPM).

Established by the European Commission (EC) to help coordinate and assist delivery of humanitarian aid – telecom equipment falls into the EU's humanitarian aid category as part of a disaster response – UCPM is something Malon sees as vital for future equipment deliveries. Any private company wanting to donate can use this mechanism.

And future deliveries should be a lot easier. Malon welcomes the introduction of a more centralized system, in cooperation with EC, which coordinates and handles shipments of donated telecom equipment.

When NCEC first got in contact with O2 Telefónica via YPO, a large community of C-level execs from around the world, the logistics of delivering telecom equipment into 'terra incognito' didn't exist. Discussions began pretty much from scratch as there was no template to go on.

Since the setting up in summer of a Digital Tech Hub based in Slovakia (Kosice), however – along with logistics support organized in Poland – there is now a centralized place to group the shipment of ICT equipment. This makes it easier for companies and organizations to make donations, and Ukrainians to collect and distribute the equipment where it's most needed.

"Through the Digital Tech Hub, any operator or supplier can notify us and the EC they are ready to provide equipment and delivery assistance will be provided," said Malon. "The centralized system makes it much less awkward than dealing with individual operators."

and this is what we need

Ukraine's telecom commissioner supplied Light Reading with a list of the country's most pressing equipment requirements, which span across fixed and mobile networks.

On the radio equipment side there is urgent need for 'cell on wheels' kits, fixed wireless access points, radio relay stations and container units for basestations (including transmitters, antennas, cables, batteries and modules). Fiber-optic cable, switches and routers, VoIP gateways, power generators, as well as laptops with Ethernet ports, are also among the list of needed items.

By working closely with BEREC (Body of European Regulators for Electronic Communications) and EC for further equipment deliveries, Malon is optimistic about adding more equipment donation success stories to go alongside O2 Germany.

Closer to full EU membership (and everyone benefits)

Tighter connections between Kyiv and Brussels, since the start of full-scale war, were underlined in July when Ukraine was awarded EU candidate status.

Full EU membership is something NCEC and the Ukraine government have been striving towards for some time before the Russian invasion, although the war seems to have accelerated the application process.

NCEC, a couple weeks before achieving EU candidate status, was accepted as a BEREC member (a sign of closer EU alignment). NCEC doesn't have BEREC voting rights, but Malon said membership gives the regulator the possibility of being more integrated into decision-making processes and more say in shaping policy.

As Ukraine telecom commissioner, Malon has been working towards closer NCEC integration with the EU electronic communications framework for more than eight years. During the last two years, she says, significant progress has been achieved.

Malon stressed, however, that Ukraine will not be a sole beneficiary from being part of the European single market. The wider EU community, she maintained, will also benefit.

"We've built up lots of experience on how to operate and maintain electronic communications during the war," Malon said. "This experience can be shared with other EU member states and be usefully applied to natural disaster areas."

According to NCEC, at least 80% of Ukraine's telecom infrastructure is still operating well. Moreover, in places where Russian forces have been pushed back, Malon said repairs – provided the necessary replacement equipment is available – can be done in days.

"We're working with operators to prepare recommendations and measures for recovery and how to increase resilience of networks built from scratch," Malon explained.

"If everything goes smoothly, we aim to share these recommendations with other EU countries early next year. We hope they will find them useful for dealing with emergencies."

Calculating the cost of repairing telecom infrastructure damage, especially when war is ongoing, can hardly be pin-point accurate.

NCEC, however, has made some provisional estimates. Losses from network damage after the first few months of war, it calculated, amounted to around US$700 million.

According to the World Bank, though, the cost of rebuilding damaged networks, including the expense of clearing areas of missile debris and perhaps mines – so repair teams can access sites – is a much heftier $1.79 billion, while another $710 million is needed to purchase towers, cables, fiber and construction equipment.

Funds are also needed to help the country's operators get back on their financial feet. The World Bank reckoned they lost $100 million alone due to unreceived subscription fees, and that was only a few months after the war started.

"The Ukrainian telecom industry is navigating through very challenging times, and operators and governmental bodies are making efforts to manage all the challenges we face," Malon said.

"We play like one team and are working hard with the resources we have, but international support is essential."