There are several massive trends affecting the telecommunications space in the US  and they are obvious to virtually everyone in the industry. However, there is a decided lack of clarity around the correct strategic response to those trends.

Some companies in the space are plowing money into fiber networks. Others are betting on a 5G future where every electronics gadget gets connected wirelessly. And still others are expecting data centers  and edge computing  to take on the bulk of the world's computing needs.

While it's true that all of those gambles could conceivably pay off at some point in the future, there's plenty of disagreement about which bet is the one that will provide the biggest and quickest payout.

At stake are billions of dollars in profits and a return on investment (ROI) measured in either years or decades.

The cards are dealt

It's no secret that everyday Internet users in the US have a seemingly insatiable demand for data. For example, OpenVault recently reported that the average home Internet user now chews through 536 GB per month, up from just 203 GB in 2017.

In response, operators ranging from AT&T to Frontier to Zayo have embarked on massive fiber network buildouts to keep pace with demands. On the federal side, legislators have deemed Internet connections a necessity and therefore have agreed to plow around $43 billion into the construction of telecom networks  mostly fiber  around the country.

Concurrently, wireless network operators in the US are investing well north of $100 billion into the spectrum and equipment necessary to offer speedy 5G services on a nationwide scale.

At the same time, a large and growing chunk of all that network data is headed into the cloud. As a result, Google, Microsoft, Amazon and other cloud computing giants have been investing heavily into the data centers necessary to process all those computing requests. Indeed, Synergy Research Group recently reported that spending on data center hardware and software grew by 10% between 2020 and 2021, primarily thanks to a 20% jump in spending on public cloud infrastructure.

During the Wireless Infrastructure Association's recent Connect (X) trade show, outgoing CEO Jonathan Adelstein asked top executives in the US cell tower industry whether they should bet on fiber, 5G or small cells. The responses were somewhat lukewarm, but they also varied wildly. 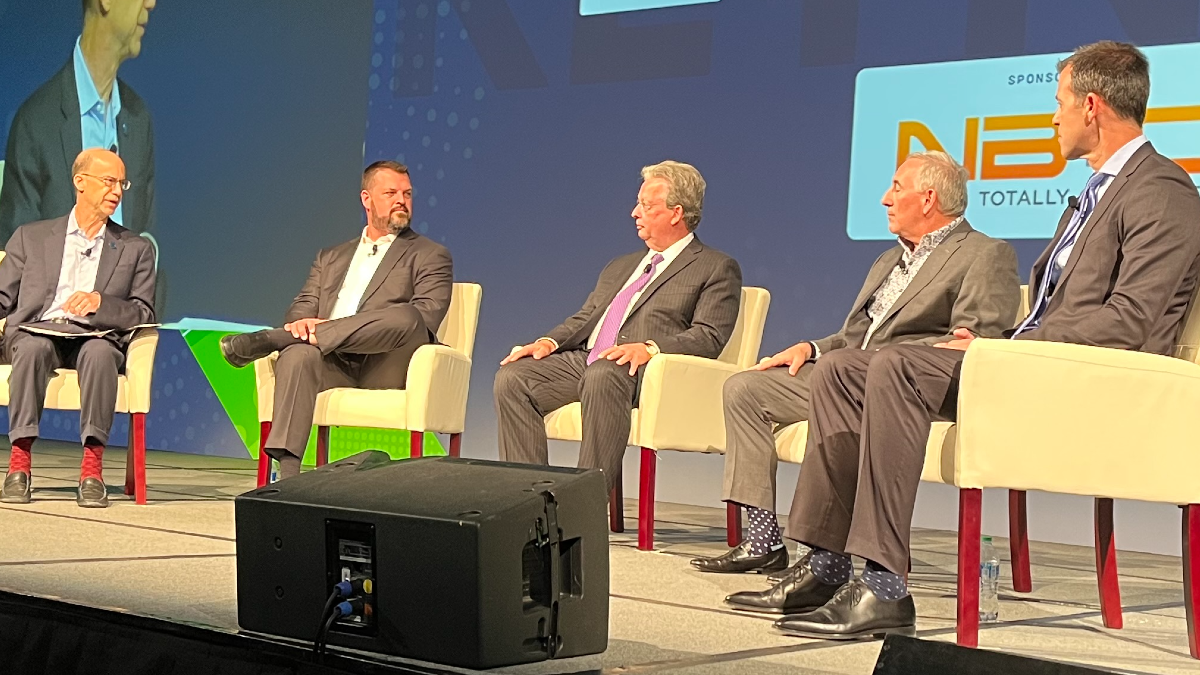 "We see a convergence of wireless and wireline," said Steven Vondran, head of the US business of cell tower giant American Tower. And that's why, he said, American Tower agreed to spend $10.1 billion to buy CoreSite Realty, one of the nation's biggest operators of data centers.

Meantime, Alex Gellman of tower company Vertical Bridge said that convergence is coming, "but it's not here yet." His company is owned by digital infrastructure giant DigitalBridge, which has invested in a wide range of companies in the data center, fiber, tower and small cell sectors.

Jay Brown, CEO of tower company Crown Castle, argued that fiber and small cells will be best positioned to support increases in network traffic. Not surprisingly, Crown Castle has made significant bets into both of those areas.

Whatever the investments, they're definitely necessary, according to Steve Howden, CFO of IHS Towers. The company owns cell towers across a variety of international markets. Howden said that companies that don't invest into different classes of digital infrastructure "will become less relevant to [network operator] customers over time."

Howden added that IHS has begun investing into some fiber networks near its tower holdings.

Looking for the next wave of growth

Broadly, the cell tower industry has sometimes been described as the "best business ever" due to the stable returns generated by tower investments. But some analysts are warning that tower activity may slow in the coming years in the US as AT&T, Verizon and T-Mobile finish their midband 5G network buildouts.

"Networks are never 'finished' and deploying 5G will take many years, so we're certainly not forecasting a calamitous decline, but the current environment appears fairly unique in terms of the magnitude of activity and having all three incumbent carriers undertaking significant volumes of work simultaneously," wrote the financial analysts at MoffettNathanson.

Other analysts warned that the sector could be affected by a variety of larger economic issues. "Given higher inflation and interest rates, concerns about supply/labor and geopolitical issues, and general global recessionary fears, a central topic [at the Connect (X) show] was the macroeconomic environment and the impact on tower and digital infrastructure providers," noted the financial analysts at Raymond James.

But those analysts also argued that Internet connectivity is rapidly becoming a must-have, a situation that ought to protect companies in the space from the vagaries of the overall economy.

"Our conversations reinforced our belief that connectivity is a critical service, and digital infrastructure is in-turn mission critical for carriers, meaning operators of these assets appear insulated from larger macro trends," the Raymond James analysts wrote.

As for Adelstein  the outgoing CEO of the trade association hosting the Connect (X) show  he has already placed his own bet. He announced in March that he's leaving the WIA to become managing director and head of global policy and public investment for DigitalBridge. That company, headed by tower industry veteran Marc Ganzi, is feverishly working to accumulate a vast array of digital infrastructure assets, from Boingo to Zayo. Ganzi's latest move involves an $11 billion bet on data center operator Switch.