LinkNYC begins deploying 5G kiosks  but not yet with 5G inside

The next generation of New York's LinkNYC kiosks features a much larger design and something hard to come by in the city's more in-demand neighborhoods: high-visibility space for rent.

Where the first generation of Link kiosks were not too much bigger than the phone booths they supplanted, the new Link5G design stands more than three times as tall – 32 feet, versus 9.5 feet for the old models.

That space is needed to accommodate a stack of equipment and radio-frequency bays built to host 5G network gear from multiple carriers. But the first operational Link5G kiosk – unveiled July 10 in the Bronx's Morris Heights neighborhood – does not feature any carrier's 5G gear.

Like earlier Links, it still provides free Wi-Fi, phone calls and access to online and city services via its touchscreen. But it can't yet fulfill Mayor Eric Adams' prediction at that unveiling that Link5G kiosks will "expand and improve mobile technology coverage all over this city."

The response from the consortium behind Link5G: Stay tuned. 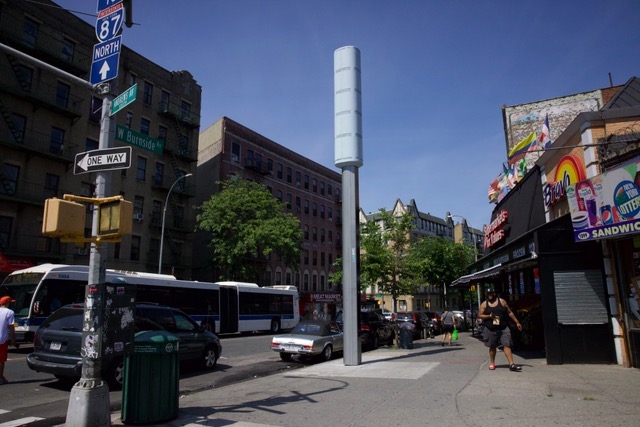 "Major carriers played an integral role in the design of the new Link5G kiosks, which are designed to house 5G equipment from multiple carriers in a single shroud, reducing street clutter," CityBridge CEO Nick Colvin said in an email.

"While we can't give details on discussions with specific customers, 2 of the major carriers are planning to deploy radios this year with more to follow."

The Link5G design, as explained in a 56-page presentation from the city's Department of Information Technology & Telecommunications and LinkNYC partners CityBridge and ZenFi Networks, aims to make competing carriers feel at home.

The circular shroud that tops each Link5G installation features four RF bays, the top two optimized for millimeter-wave 5G and two below that can also support sub-6GHz 5G.

The need to space out those bays to allow for effective ventilation and avoid interference, coupled with FCC safety requirements, helps explain why a Link5G kiosk must be so much taller than a first-generation model.

But some New Yorkers are complaining anyway. In May, city Public Design Commission member Signe Nielsen told Curbed's Diana Budds that she feared what the city would look like with Link5G kiosks sprouting across neighborhoods: "I think it's going to be about the ugliest thing in our streetscape that you can possibly imagine."

Aesthetics aside, attracting those telecom tenants is both something that LinkNYC execs have been talking about for years and a key part of LinkNYC's rebooted business model, as set out in a revised franchise agreement inked with the city in 2021.

As that city presentation bluntly notes, "The original LinkNYC program, built primarily in Manhattan, relied solely on advertising revenue. That financial model failed. The program did not grow throughout the outer boroughs, and by 2019, LinkNYC faced bankruptcy."

A way to add capacity

Two telecom analysts agreed on the basic soundness of the idea of the city providing well-placed spots with power and fiber-optic bandwidth that any wireless carrier can rent to expand its 5G coverage without getting bogged down in permitting hell.

"If you think about where millimeter-wave is today, it's not in enough places," said Anshel Sag, senior analyst at Moor Insights & Strategy.

But where carriers in other places have had to fight City Hall, here City Hall does not have to fight itself: "They can theoretically put these things anywhere they want to."

"One day a truck in your favorite color will drive up to this thing and put a 5G antenna into that enclosure," he said. "And then that will monetize it."

He added that Link5G kiosks could also help carriers keep ahead of growing demand: "In dense urban areas, the carriers are capacity constrained, not coverage constrained."

LinkNYC's new deal with the city, as amended in 2021, includes not just a 5G-based business model but the goal of putting up 4,000 of these kiosks starting in underserved areas of the city.

If at first you fail

"We are focused on deploying new kiosks and expect to have dozens online by the end of 2022," Colvin said. "90% of the new kiosks will be deployed in The Bronx, Brooklyn, Queens, Staten Island, and above 96th St. in Manhattan." 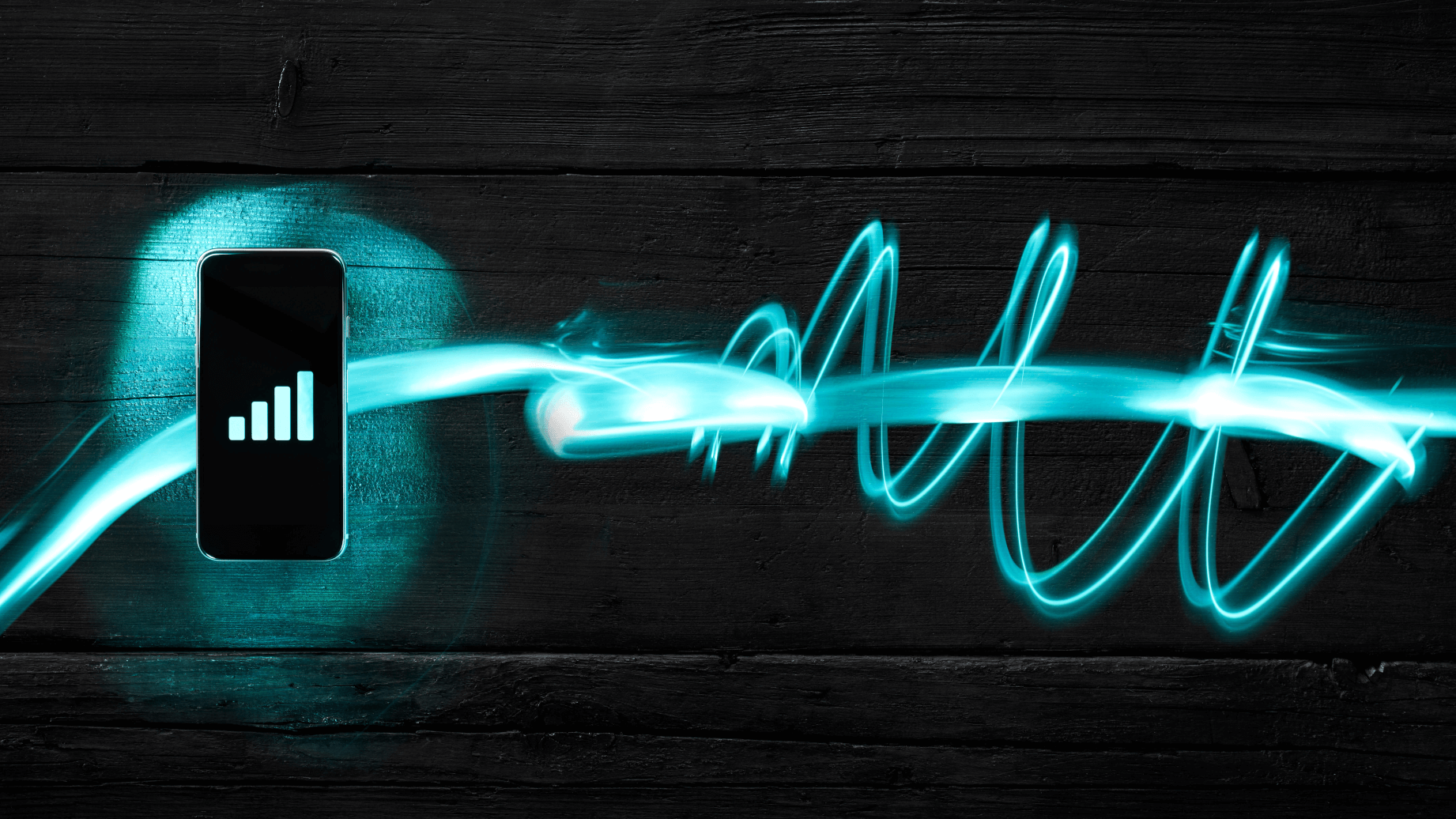 The city's Internet Master Plan, released in January of 2020, found that 29% of NYC households lacked broadband access at home, with much higher percentages outside of Manhattan; at 38%, the Bronx topped that list.

An audit released in July of 2021 by New York State Comptroller Thomas P. DiNapoli rapped the city's knuckles for mismanaging the prior LinkNYC effort and allowing an incomplete and uneven distribution that left this broadband-equity problem unsolved.

"By July 20, 2020, 3,153 structures were required to be installed and operational," the audit said. "However, as of May 2020, the Consortium has installed only 1,869 Links, and only 1,816 of these are activated." And that rollout had heavily favored Manhattan, while in every other borough at least half of the zip codes did not feature any Link kiosks.

The audit further found that the city had failed to collect almost $70 million in revenue and interest from the LinkNYC consortium.

Want to know more about the digital divide? Check out our dedicated channel here on
Light Reading.

Colvin said LinkNYC had learned from that first go-round and would work to show the utility of the new kiosks to their new neighbors.

"As New Yorkers ourselves, we want LinkNYC to provide the best possible experience for Link users and the communities around them," he said. "It's important to show those benefits to the communities you're working with."

Both Sag and Entner suggested that a successful rollout of Link5G in New York could lead to other cities with their own digital-divide issues trying to follow its lead. The former, while calling the Link5G design "jarring," said "there should be more cities that offer this."