Oracle Cloud Gets NetBonded to AT&T

AT&T is addressing pent-up demand among its customer base by adding the Oracle Network Cloud Service - FastConnect to its AT&T NetBond for Cloud ecosystem, its 20th cloud participant. (See AT&T Adds Oracle Cloud to NetBond.)

"Over the past year, whenever we were talking to customers about NetBond, one of the most frequently asked questions was 'Do you have Oracle or when are you adding Oracle?' " Andy Daudelin, vice president of cloud and cloud networking, AT&T says in an interview, adding with a laugh that he's "happy we can finally say yes."

Competitively, the move lets AT&T keep up with competing options for connecting to Oracle Network Cloud Service - FastConnect including Verizon's Secure Cloud Interconnect and Equinix's Cloud Exchange, as well as Oracle's option to directly connect its edge routers with those of its enterprise customers. 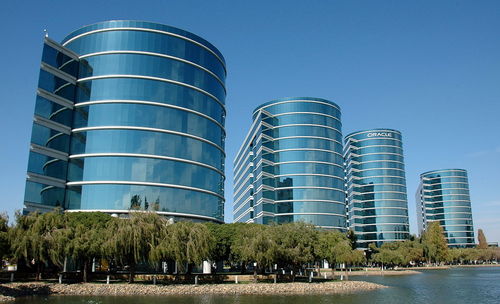 The reason for the pent-up demand is likely that companies looking to move from on-premises Oracle databases to cloud-based options are going to be seeking performance and security options, Daudelin says, and those are key qualities of NetBond, which uses MPLS-based virtual private networking with the ability to burst or contract network bandwidth, and usage-based billing.

"Oracle is probably the premiere database provider on the planet and they serve many high-end customers -- they just announced a deal where AT&T is using them for some of our internal applications -- and typically, customers that are using them are very focused on performance and scale," he comments. "Secondly, as they have these large databases and they are trying to move some or all to the cloud, they need a network environment that can facilitate that."

Enterprises will continue to live in a hybrid environment for many years to come, Daudelin adds, and that is good news for NetBond growth into the foreseeable future. Even with the growth of software-defined WANs as an option, the burstability and usage-based cost for NetBond makes it an attractive option, he says.

"Because they can burst up to 5% over their contracted rate at no cost and they can burst frequently and heavily and only pay for what they use, that flexibility is an enabler of customers that are on that journey of migrating to the cloud," Daudelin says. "We see that driving a lot of usage and I see that continuing for a long time because customers will live in this hybrid world for a long time. "

AT&T is seeing impressive growth for NetBond in both the number of customers and their usage. Last year, the customer base grew 4X and the usage grew double that, Daudelin says.

"There are two dynamics that drive that," he comments. "Once a customer is on, they can connect to multiple clouds. And the second thing is, we are seeing customers use this as a vehicle to handle their migration to the cloud."

On the latter front, enterprises moving things -- such as Oracle databases -- from a dedicated data center into the cloud tend to either over-provision network services required and pay too much or under-provision and be hamstrung on performance. NetBond's burstability provides the flexibility to get started and pay for usage, he says.